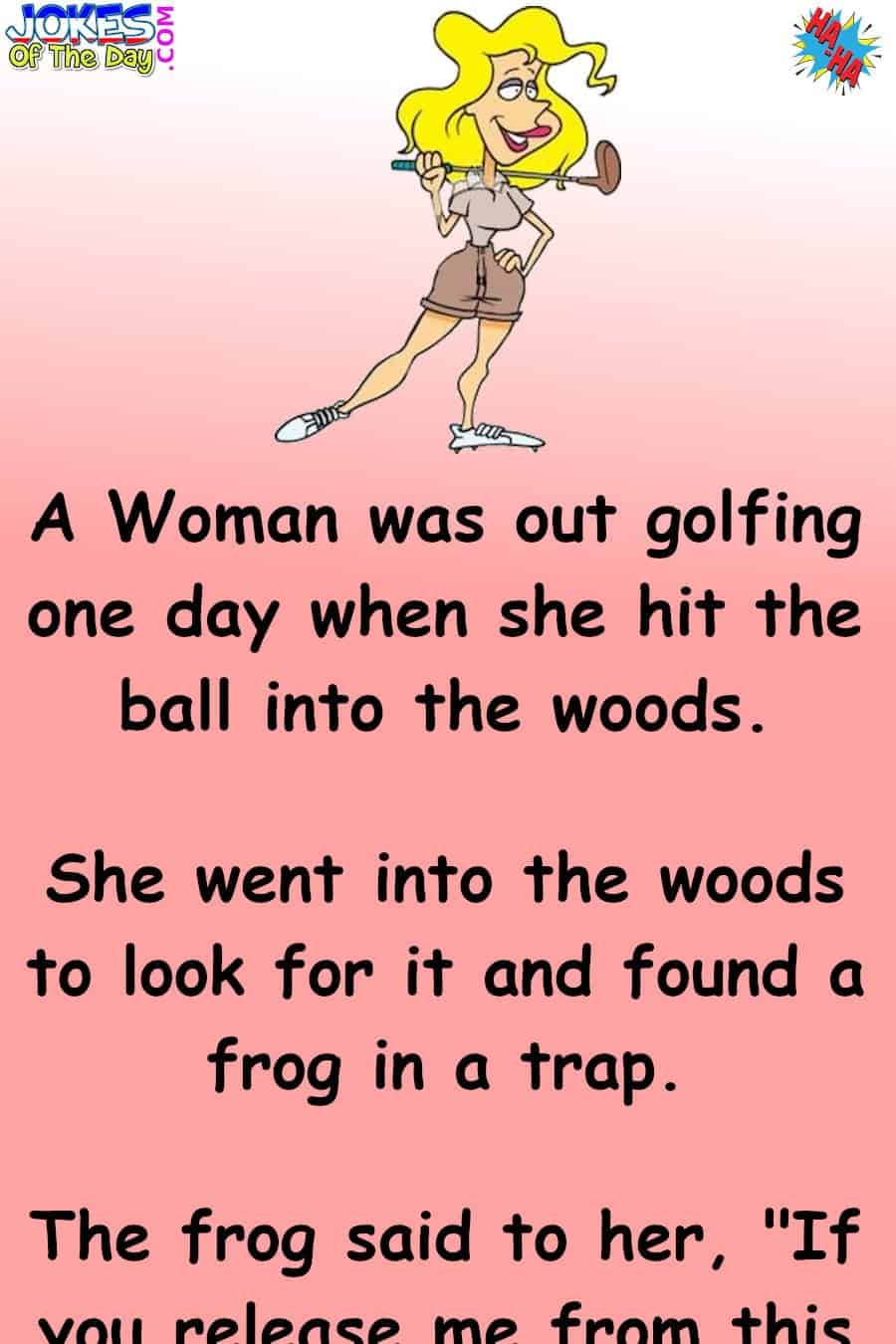 A Woman was out golfing one day when she hit the ball into the woods.

She went into the woods to look for it and found a frog in a trap.

The frog said to her, “If you release me from this trap, I will grant you three wishes.”

The woman freed the frog, and the frog said, “Thank you, but I failed to mention that there was a condition to your wishes. Whatever you wish for, your husband will get times ten!”

For her first wish, she wanted to be the most beautiful woman in the world.

The frog warned her, “You do realize that this wish will also make your husband the most handsome man in the world, an Adonis whom women will flock to”.

The woman replied, “That’s okay, because I will be the most beautiful woman and he will have eyes only for me.”

So, KAZAM – she’s the most beautiful woman in the world!

For her second wish, she wanted to be the richest woman in the world.

The frog said, “That will make your husband the richest man in the world. And he will be ten times richer than you.”

The woman said, “That’s okay, because what’s mine is his and what’s his is mine.”

So, KAZAM – she’s the richest woman in the world!

The frog then inquired about her third wish, and she answered,