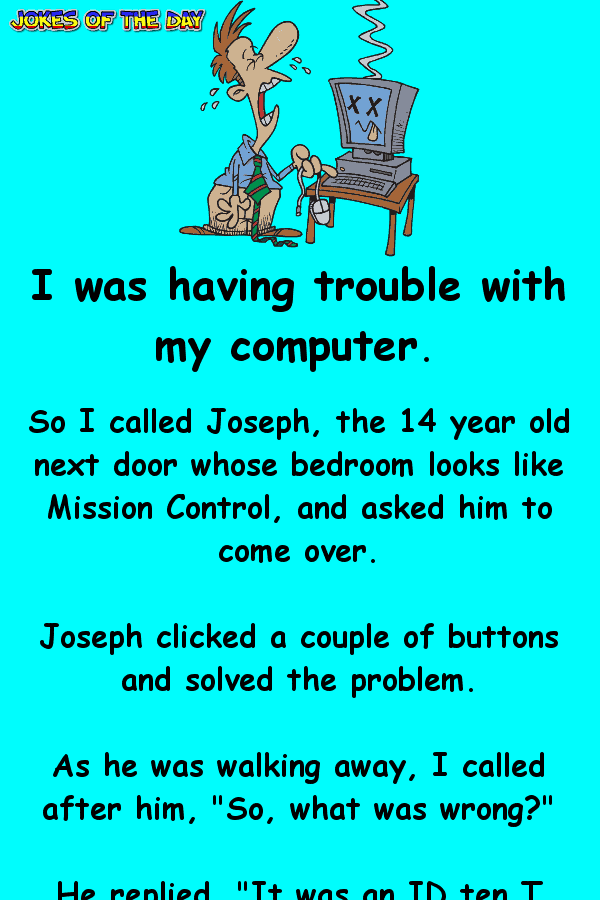 I was having trouble with my computer.

So I called Joseph, the 14 year old next door whose bedroom looks like Mission Control, and asked him to come over.

Joseph clicked a couple of buttons and solved the problem.

As he was walking away, I called after him, “So, what was wrong?”

What’s that? In case I need to fix it again.”

Joseph grinned, “Haven’t you ever heard of an ID ten T error before?”