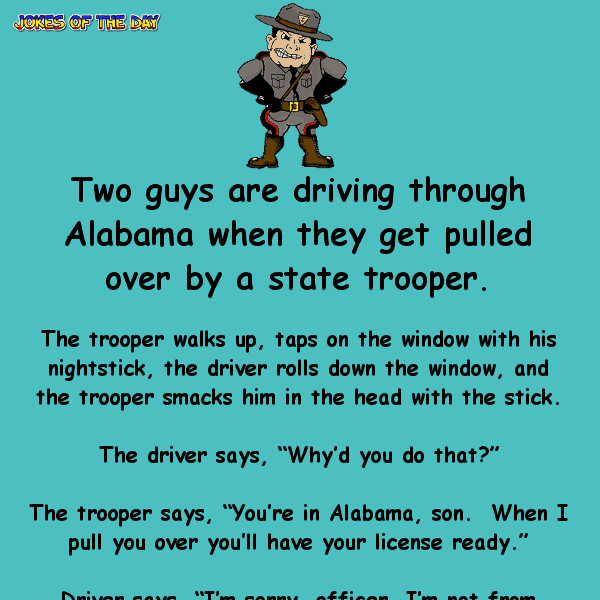 Two guys are driving through Alabama when they get pulled over by a state trooper.

The trooper walks up, taps on the window with his nightstick, the driver rolls down the window, and the trooper smacks him in the head with the stick.

The driver says, “Why’d you do that?”

The trooper says, “You’re in Alabama, son.  When I pull you over you’ll have your license ready.”

Driver says, “I’m sorry, officer, I’m not from around here.”

The trooper runs a check on the guy’s license, and he’s clean.

He gives the guy his license back and walks around to the passenger side and taps on the window.

The passenger rolls his window down, and the trooper smacks him with the nightstick.

The passenger says, “What’d you do that for?”

The cop says, “I know that two miles down the road you’re gonna say, “I wish that jerk would’ve tried that shit with me.”