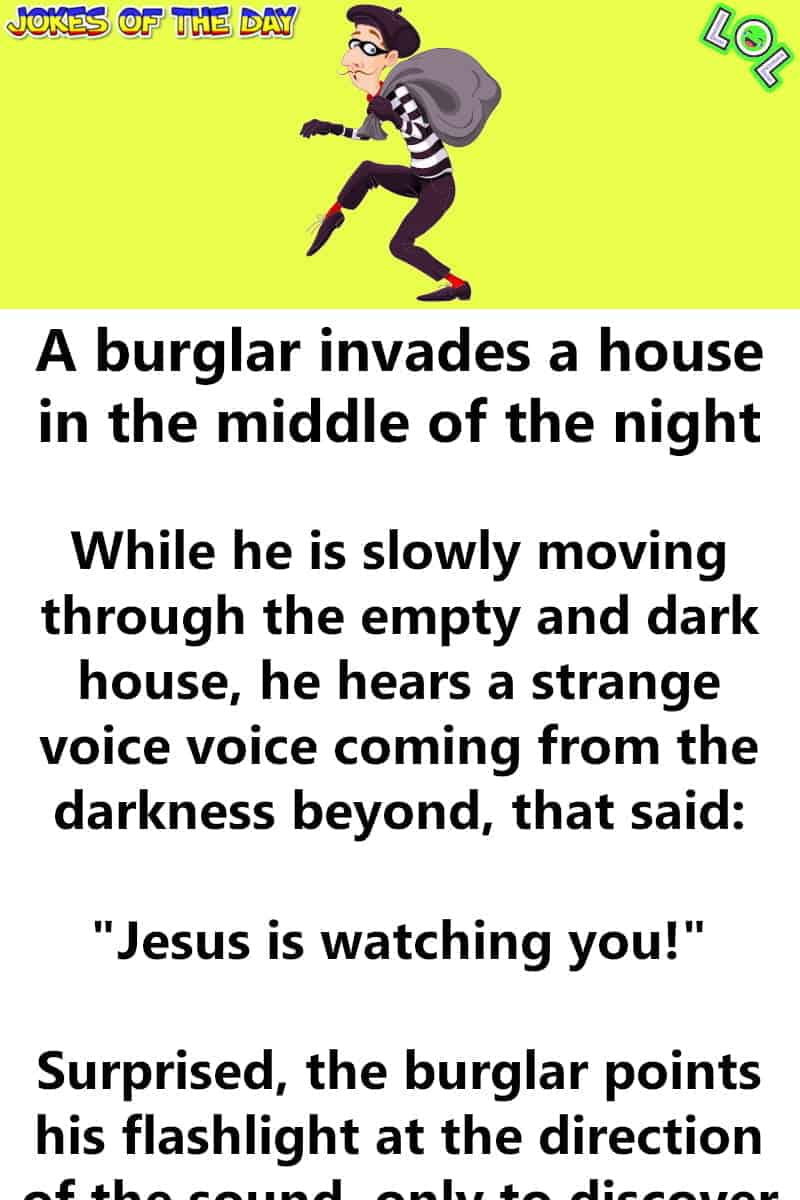 A burglar invades a house in the middle of the night.

While he is slowly moving through the empty and dark house, he hears a strange voice voice coming from the darkness beyond, that said:

“Jesus is watching you!”

Surprised, the burglar points his flashlight at the direction of the sound, only to discover that the sound was made by a parrot.

“So you are the little shit that almost made me shit my pants? Oh you winged rat, I should stew you in boiling water for that!”

The parrot then says:

“Saint Peter is watching you.”

“I’ve lost my faith a long time ago, I don’t believe in any of these religious nonsense. What is your name, little bird?”

The burglar burts out laughting and asks:

“What kind of stupid jerk would name a parrot Judas?”

“The same stupid jerk that named Jesus and Saint Peter the two Pit Bulls behind you.”