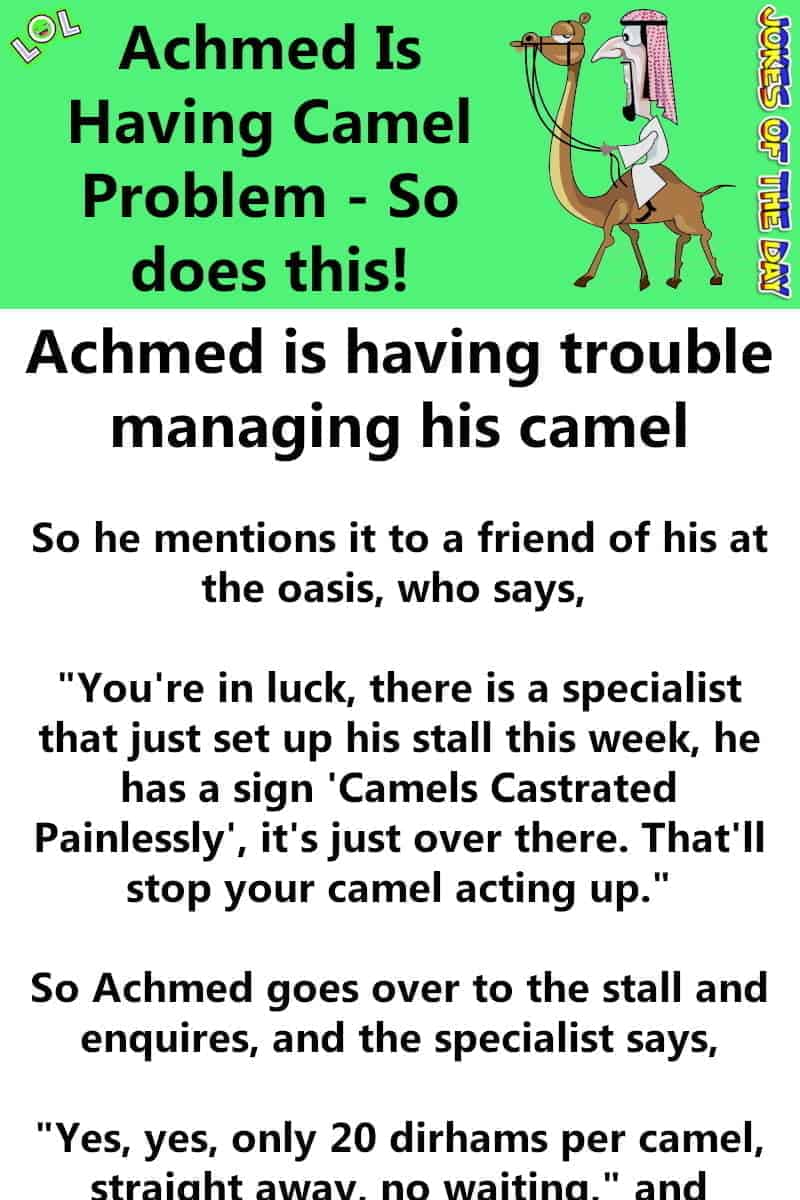 Achmed is having trouble managing his camel.

So he mentions it to a friend of his at the oasis, who says, “You’re in luck, there is a specialist that just set up his stall this week, he has a sign ‘Camels Castrated Painlessly’, it’s just over there. That’ll stop your camel acting up.”

So Achmed goes over to the stall and enquires, and the specialist says, “Yes, yes, only 20 dirhams per camel, straight away, no waiting,”

So Achmed brings the camel over and the specialist says, “Just hold his head please, Sir, this will take only a moment, and just put the 20 dirhams in that jar”.

And the specialist picks up two huge bricks and he goes and stands behind the camel, takes a big wind-up with a brick in each hand and clashes them together like a pair of cymbals either side of the camel’s scrotum.

And the poor camel lets out an indescribable scream and collapses on the spot.

In a rage Achmed drops the camel’s halter and rushes up to the specialist and says, “What is the meaning of this? You said ‘Camels Castrated Painlessly’!”

And the specialist says,

“But it is painless, effendi. Quite painless – as long as you don’t catch your thumbs between the bricks”.