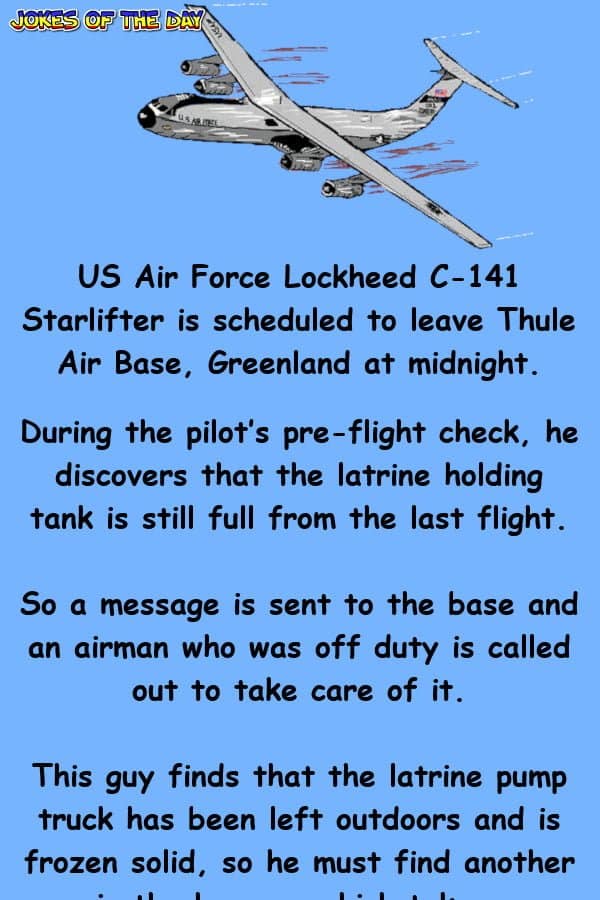 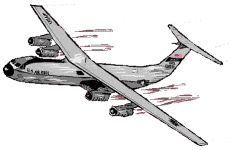 US Air Force Lockheed C-141 Starlifter is scheduled to leave Thule Air Base, Greenland at midnight.

During the pilot’s pre-flight check, he discovers that the latrine holding tank is still full from the last flight.

So a message is sent to the base and an airman who was off duty is called out to take care of it.

This guy finds that the latrine pump truck has been left outdoors and is frozen solid, so he must find another one in the hangar, which takes even more time.

He returns to the aircraft and is less than enthusiastic about what he has to do. Nevertheless, he goes about the pumping job deliberately and carefully (and slowly) so as not to risk criticism later.

As he’s leaving the plane, the pilot stops him and says, “Son, your attitude and performance has caused this flight to be late and I’m going to personally see to it that you are not just reprimanded but punished”.

Shivering in the cold, his task finished, he takes a deep breath, stands up tall and says,

“Sir, with all due respect, I’m not your son; I’m an Airman in the United States Air Force. I’ve been in Thule, Greenland, for 11 months without any leave, and reindeer’s asses are beginning to look pretty good to me. I have one stripe; it’s two-thirty in the morning, the temperature is 40 degrees below zero, and my job here is to pump shit out of an aircraft.

Now, just exactly what form of punishment did you have in mind?”