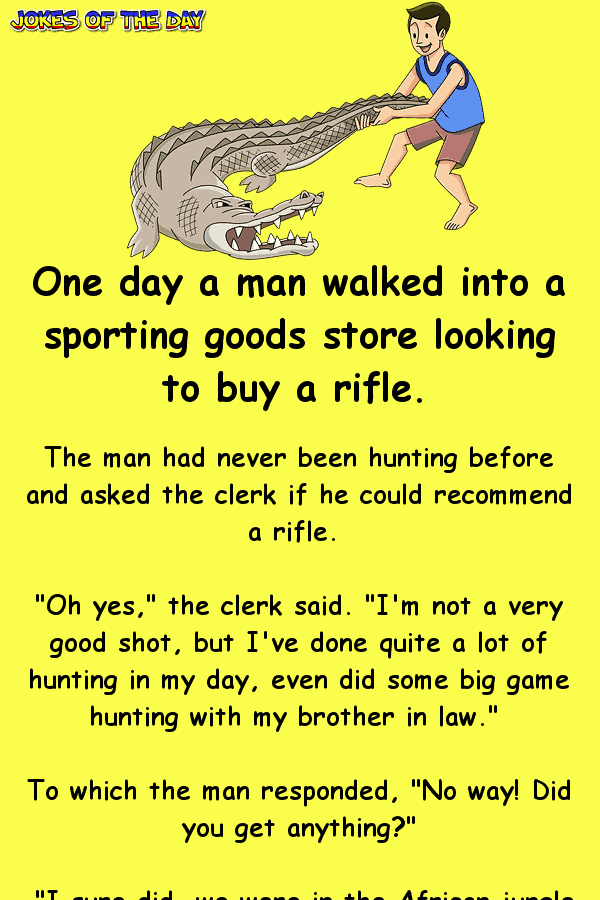 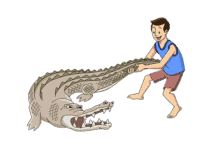 One day a man walked into a sporting goods store looking to buy a rifle.

The man had never been hunting before and asked the clerk if he could recommend a rifle.

“Oh yes,” the clerk said. “I’m not a very good shot, but I’ve done quite a lot of hunting in my day, even did some big game hunting with my brother in law.”

To which the man responded, “No way! Did you get anything?”

“I sure did, we were in the African jungle when we suddenly stumbled upon a monstrous crocodile. He was a mean one too.  With scars all over his face, this was surely one bad croc.

My brother in law said he wanted to wrestle it and take a picture afterwards.  So he crept right up to it, until they were face to face, nose to nose, eye to eye, tooth to tooth.

The giant croc stretched its massive jaws preparing to take a bite out of my brother in law.

Naturally I couldn’t let that happen so I raised my rifle and shot him, shot him right between the eyes.”

“Yeah and I had this fancy belt made after I got back to our camp.”

“Oh wow! So the belt is genuine crocodile skin?”

“No, genuine brother in law”