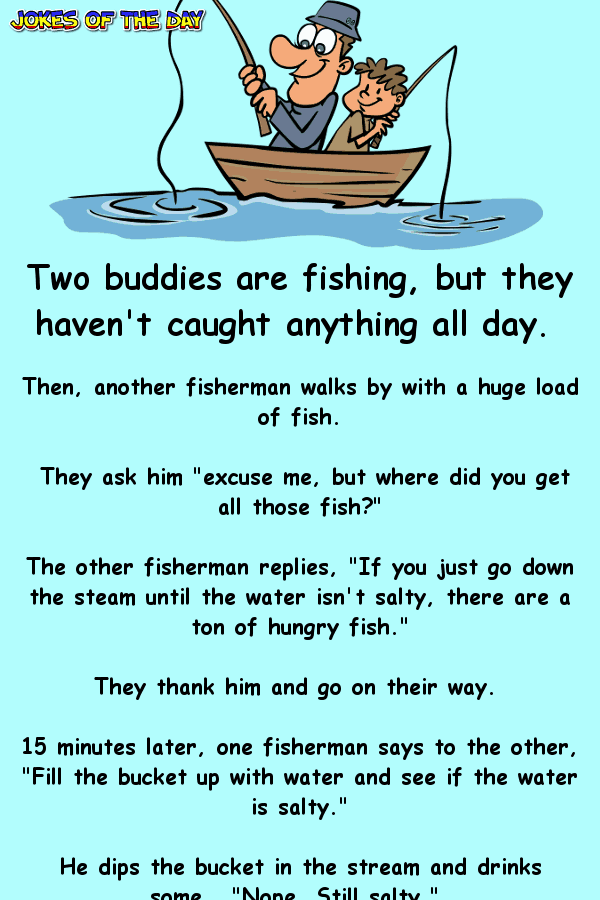 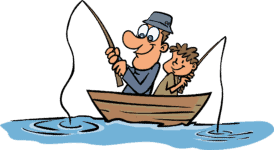 Two buddies are fishing, but they haven’t caught anything all day.

Then, another fisherman walks by with a huge load of fish.

They ask him “excuse me, but where did you get all those fish?”

The other fisherman replies, “If you just go down the steam until the water isn’t salty, there are a ton of hungry fish.”

They thank him and go on their way.

15 minutes later, one fisherman says to the other, “Fill the bucket up with water and see if the water is salty.”

He dips the bucket in the stream and drinks some.  “Nope. Still salty.”

30 minutes later, he asks him to check again.

One our later they check again. “Nope. Still salty.”

“This isn’t good,” the fisherman finally says.  “We have been walking for almost two hours and the water is still salty!”

“I know,” says the other. “And the bucket is almost empty!”