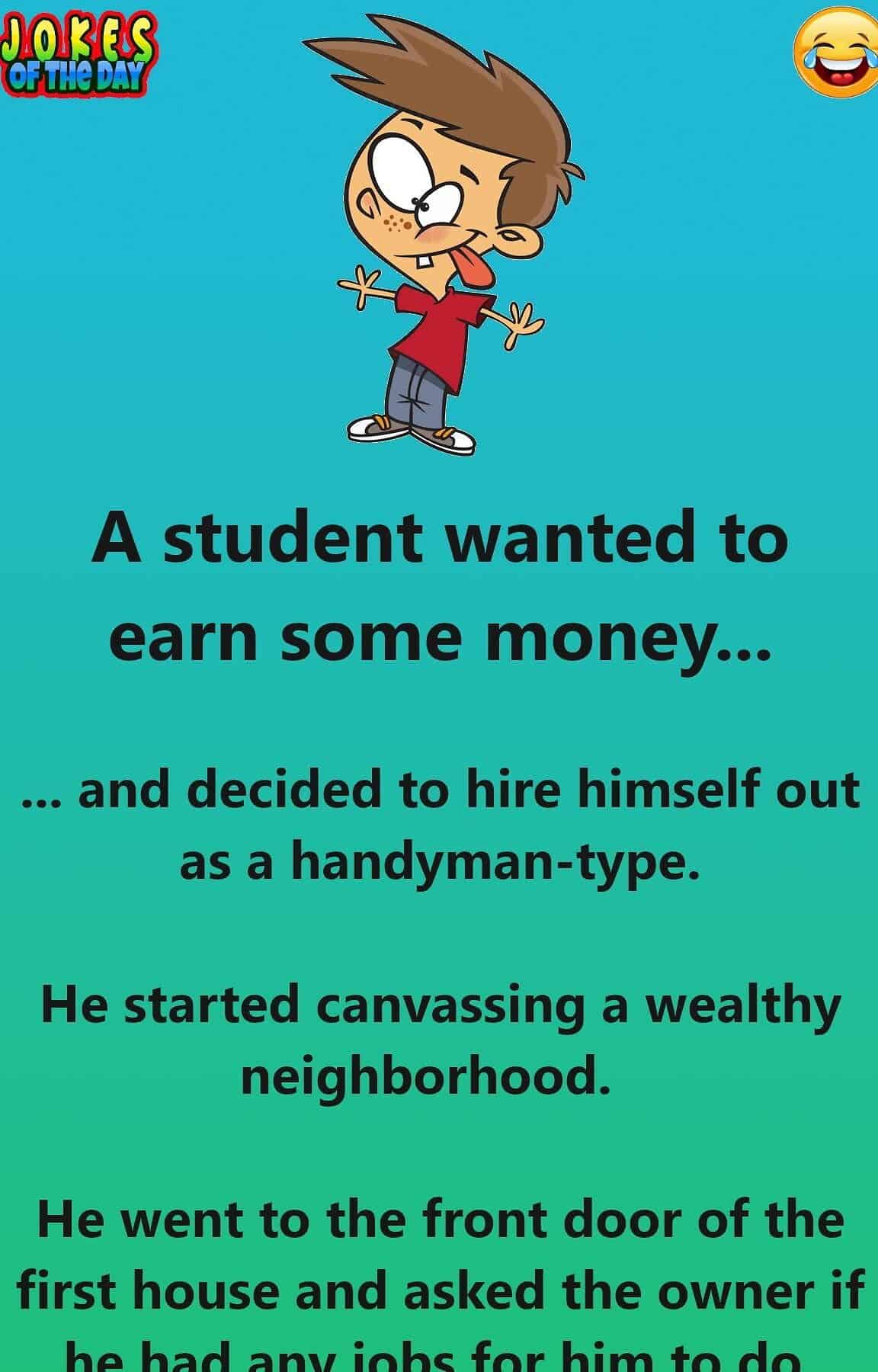 A student wanted to earn some money and decided to hire himself out as a handyman-type.

He started canvassing a wealthy neighborhood.  He went to the front door of the first house and asked the owner if he had any jobs for him to do.

“Well, you can paint my porch. How much will you charge?”

The student said, “How about 50 dollars?”

The man agreed and told him that the paint and ladders that he might need were in the garage.

The man’s wife, inside the house, heard the conversation and said to her husband, “Does he realize that the porch goes all the way around the house?”

The man replied, “He should. He was standing on the porch.”

A short time later, the student came to the door to collect his money.

“Yes,” the student answered, “And I had paint left over, so I gave it two coats.”

Impressed, the man reached in his pocket for the $50.

“And by the way,” the student added,