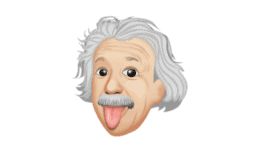 Einstein sits next to a man on a long flight.

The man agrees and the game proceeds.

Einstein asks the first question, “What is the distance between the Earth and the Moon?”

The man doesn’t say a word. He reaches into his pocket, and pulls out $5.

He then asks Einstein, “What goes up a hill with 3 legs, but comes down on 4?”

Einstein thinks about it for a long time, but fails to answer the question.

An irritated Einstein then asks, “Well, so what goes up a hill on 3 legs and comes down on 4?”

The man reaches into his pocket and gives Einstein $5.