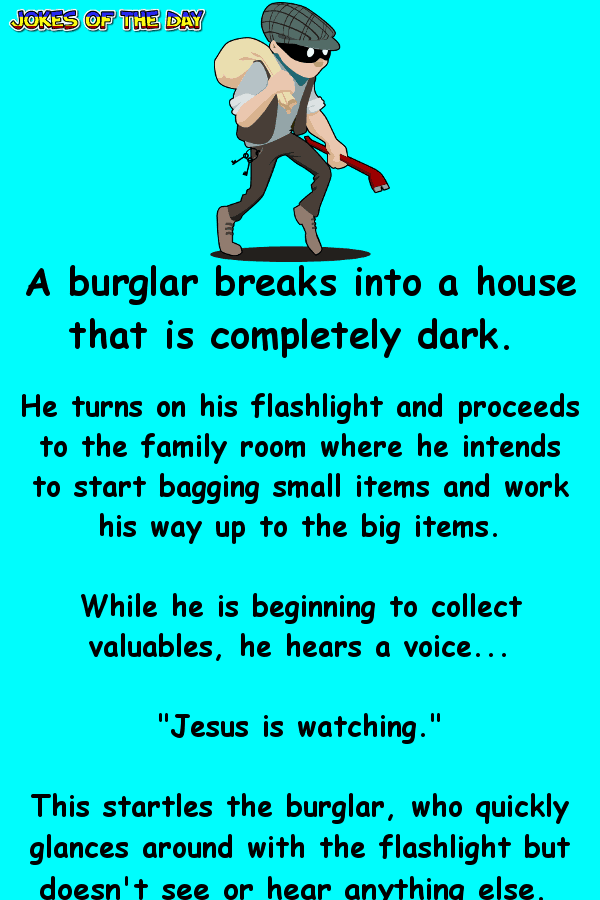 A burglar breaks into a house that is completely dark.

He turns on his flashlight and proceeds to the family room where he intends to start bagging small items and work his way up to the big items.

While he is beginning to collect valuables, he hears a voice…

This startles the burglar, who quickly glances around with the flashlight but doesn’t see or hear anything else.

The burglar shrugs it off and continues.

“Jesus is watching.” The voice states again, in a more warning tone.

The burglar shines his light in the direction of the voice and sees a parrot.

“What is your name?” Asks the burglar.

The burglar chuckles. “Who the hell names their parrot Moses?”

“The same guy that named his rottweiler Jesus.”