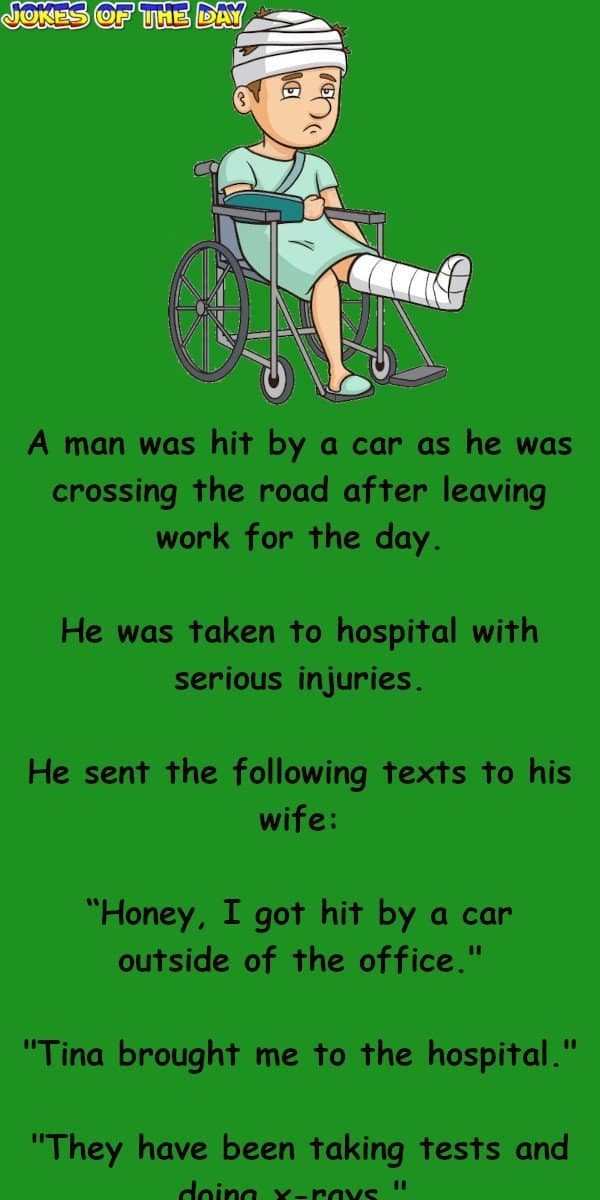 A man was hit by a car as he was crossing the road after leaving work for the day.

He was taken to hospital with serious injuries.

He sent the following texts to his wife:

“Honey, I got hit by a car outside of the office.”

“Tina brought me to the hospital.”

“They have been taking tests and doing x-rays.”

“The blow to my head is very strong, may be serious.”

“Also, I have 3 broken ribs, a broken arm, a compound fracture of my left leg and they may have to amputate the right foot.”

His wife was extremely concerned and rather anxious after recieving his text messages.