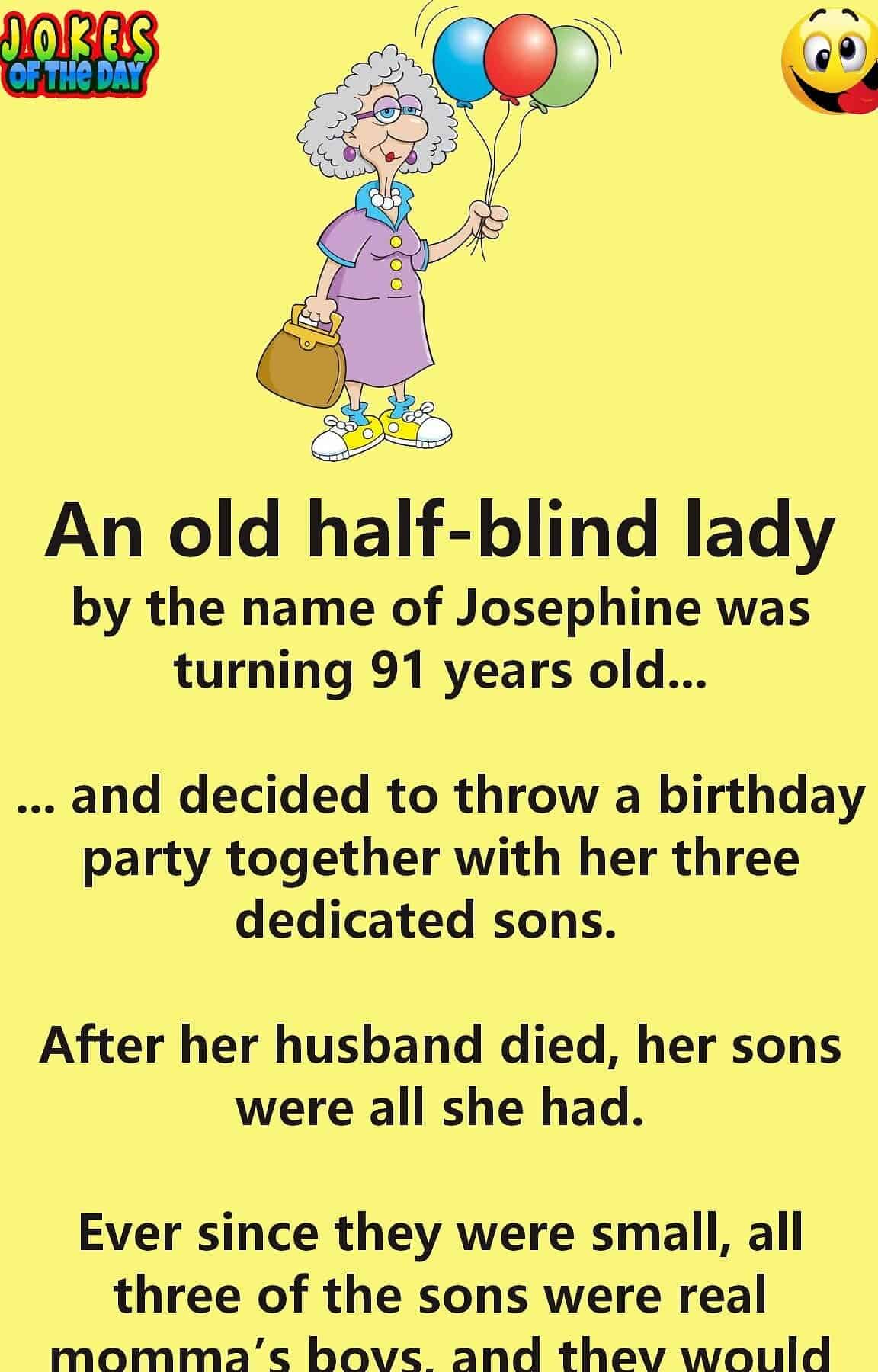 … and decided to throw a birthday party together with her three dedicated sons.  After her husband died, her sons were all she had.

Ever since they were small, all three of the sons were real momma’s boys, and they would always try to outdo each other when it came to giving birthday presents to their mother.

This year, they had decided that they would all do their best to win their mother’s favor.

The first son bought a grand mansion for her, thinking that this was the best possible gift for an old lady.

The second son bought a luxurious white Mercedes with an accompanying personal driver for her, thinking that this would definitely make him his mother’s favorite.

The third son had to think of something that would beat the other brothers’ gifts, so he bought a rare parrot that he trained to recite the whole Bible by heart.  You could ask him for any verse from the holy book and he would recite it word for word. The third son was quite pleased with his own gift.

After the party, Josephine called her sons.

To the first one she said:

“My dear son, the mansion is lovely, but it’s just way too big for me. I just need one room, and there’s way too much space here for me to clean. I don’t need the house, but thank you all the same!”

Then she called the second son:

“My dear son, the car is quite nice, but I can’t drive by myself due to my bad eyesight and I don’t like the personal driver, so please be a dear and return the car.”

Finally she called the third son:

“My dear son, I would like to thank you for your most considerate gift! The chicken was delicious!”