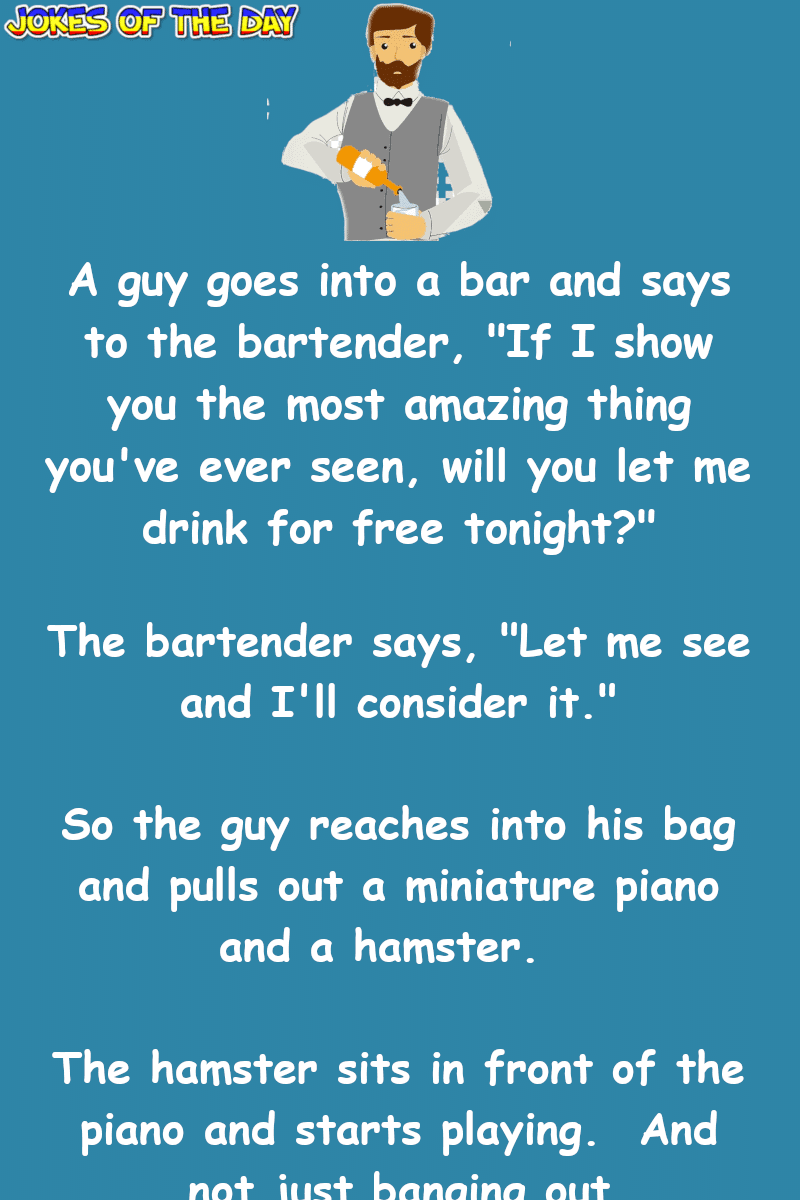 A guy goes into a bar and says to the bartender, “If I show you the most amazing thing you’ve ever seen, will you let me drink for free tonight?”

The bartender says, “Let me see and I’ll consider it.”

So the guy reaches into his bag and pulls out a miniature piano and a hamster.  The hamster sits in front of the piano and starts playing.  And not just banging out “Chopsticks”, the hamster is plays Chopin, some ragtime, and even some rock and roll.

After a few minutes the bartender says, “Okay, I am impressed. You can drink for free tonight.”

As the bartender is pouring the guy a drink, the guy says, “Hey, if I show you something even more amazing, will you let me drink for free for a month?”

The bartender says, “Okay, but this had better be pretty spectacular.”

So the guy reaches into his bag again and pulls out a microphone and a frog. The frog sits in front of the microphone and begins singing along with the hamster playing the piano.

The bartender says, “Okay, I’m impressed. You can drink here for free for a month.”

As all of this has been going on, another customer at the end of the bar has been watching. He walks over and says, “I’m a theater producer, and I’d like to buy that frog and put him in a show. Will you sell it to me for $500?”

The guy says no.

As the producer is leaving, the bartender says to the guy, “I can’t believe you sold the frog! Surely it was worth more than $5,000!”

“Not really.” The guy says. “The hamster’s a ventriloquist.”