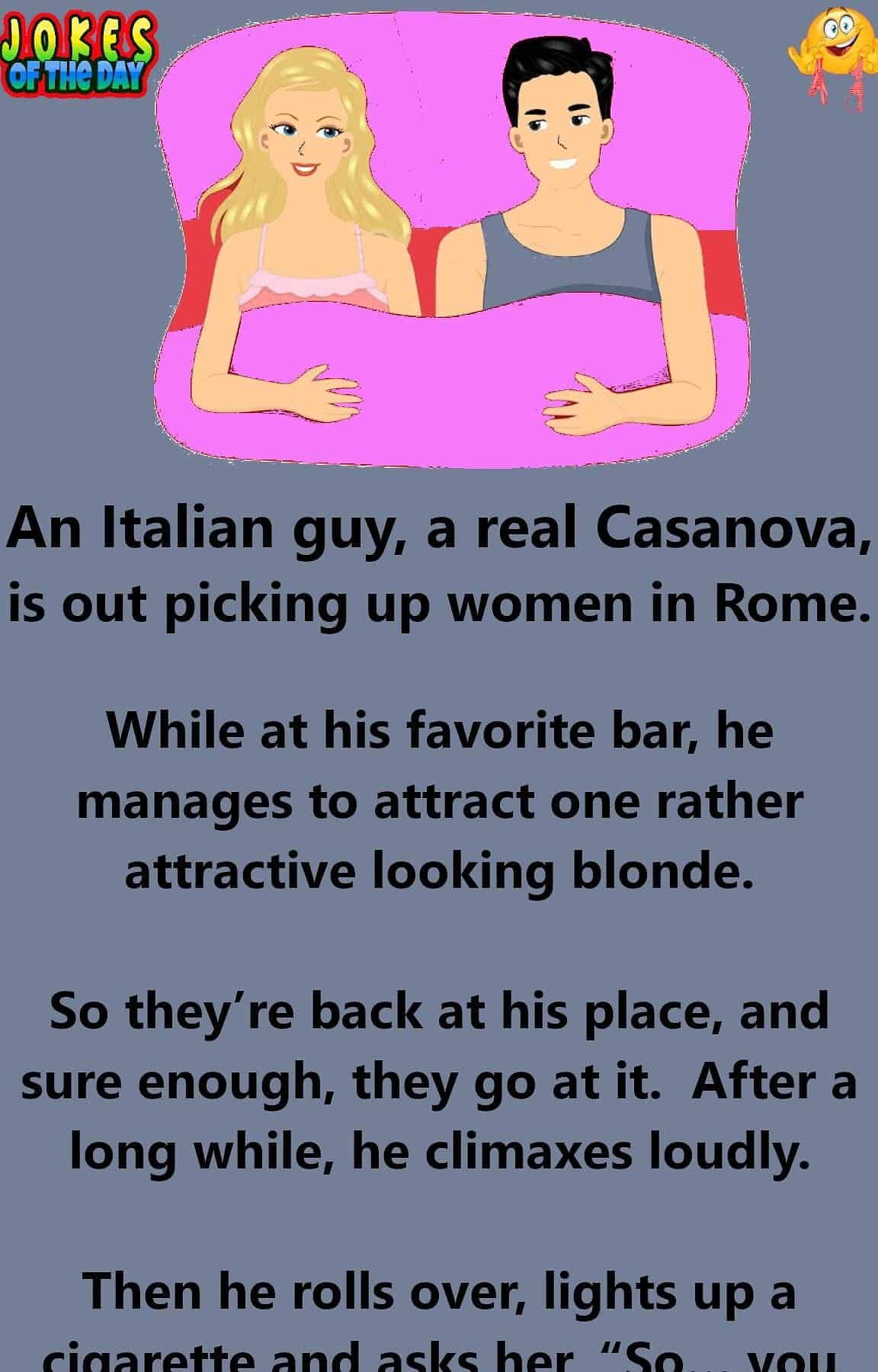 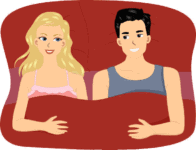 An Italian guy, a real Casanova, is out picking up women in Rome.

While at his favorite bar, he manages to attract one rather attractive looking blonde.

So they’re back at his place, and sure enough, they go at it.  After a long while, he climaxes loudly.

Then he rolls over, lights up a cigarette and asks her, “So… you finish?”

After a slight pause, she replies, “No.”

Pleasantly surprised, he puts out his cigarette, rolls back on top of her, and has his way with her again, this time lasting even longer than the first… and this time completing the deed with even louder shouts.

Again he rolls over, lights a cigarette, and asks, “So… you finish?”

And again, after a short pause, she simply says, “No.”

Stunned, but still acting reflexively on his macho pride, he once again puts out the cigarette, and mounts his companion du jour.

This time, with all the strength he can muster up, he barely manages to end the task, but he does, after quite some time and effort.

Barely able to roll over, he shakily reaches for his cigarette… lights it again, and then asks tiredly, “So… you finish?”