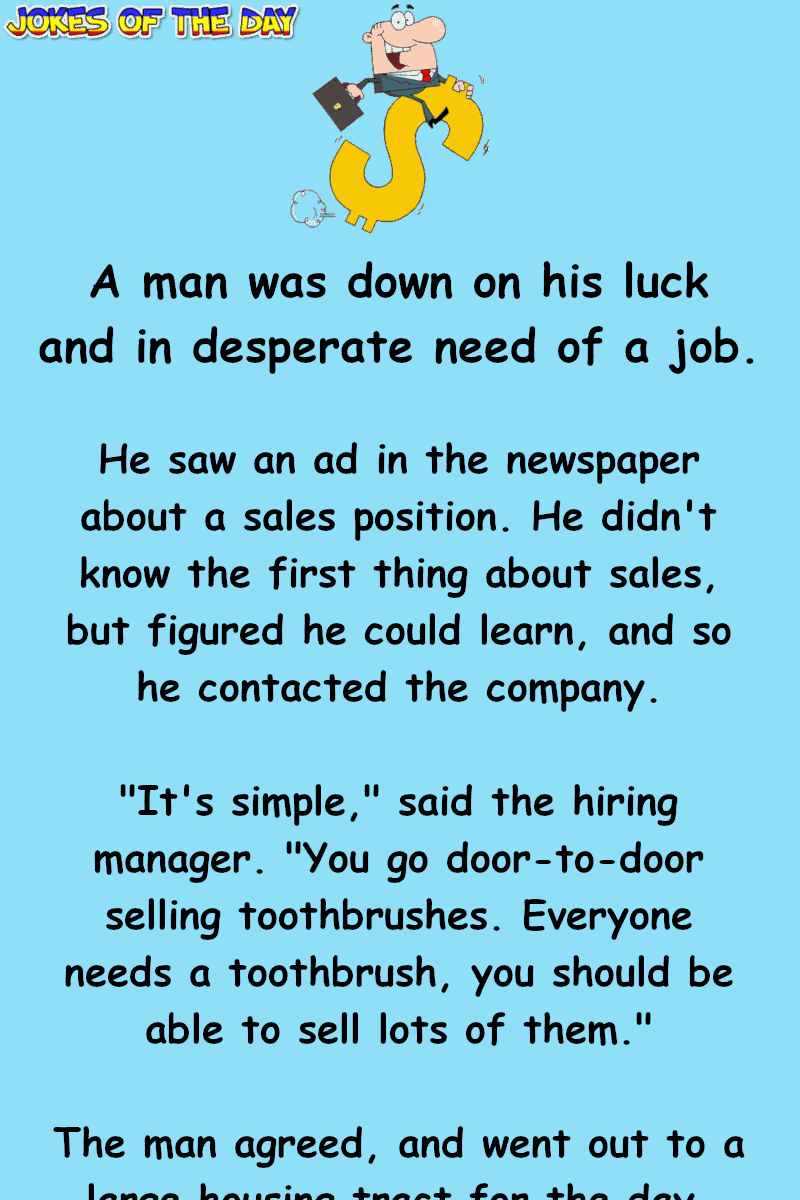 A man was down on his luck and in desperate need of a job.

He saw an ad in the newspaper about a sales position. He didn’t know the first thing about sales, but figured he could learn, and so he contacted the company.

“It’s simple,” said the hiring manager. “You go door-to-door selling toothbrushes. Everyone needs a toothbrush, you should be able to sell lots of them.”

The man agreed, and went out to a large housing tract for the day. When he returned to the office he was asked how his day went.

“I sold one toothbrush,” he said.

The hiring manager was not happy. “Look, I know it’s your first day in sales, so I’ll forgive it this time. But you gotta sell more than one if you want to keep your job.”

The next day the man went to another neighborhood. When he returned to the office at the end of the day he said, “I sold two toothbrushes today!”

Now the hiring manager was furious. “That’s not nearly enough! You have one more day to get this right. If you don’t sell a lot more tomorrow, you’re fired.”

When the man came back to the office at the end of the next day, again he was asked how he did. “I sold 1500 toothbrushes!” he proclaimed.

“Oh my god!” said the hiring manager. “That’s incredible. It’s more than anyone has ever sold in one day before. How did you do it?”

“Well,” he began, “I went to a grocery store and set up a table outside with some chips and some dip. And I asked people to try them. They would taste it and say, ‘This dip tastes like shit!'”

And I would say, “It is! Would you like to buy a toothbrush?”