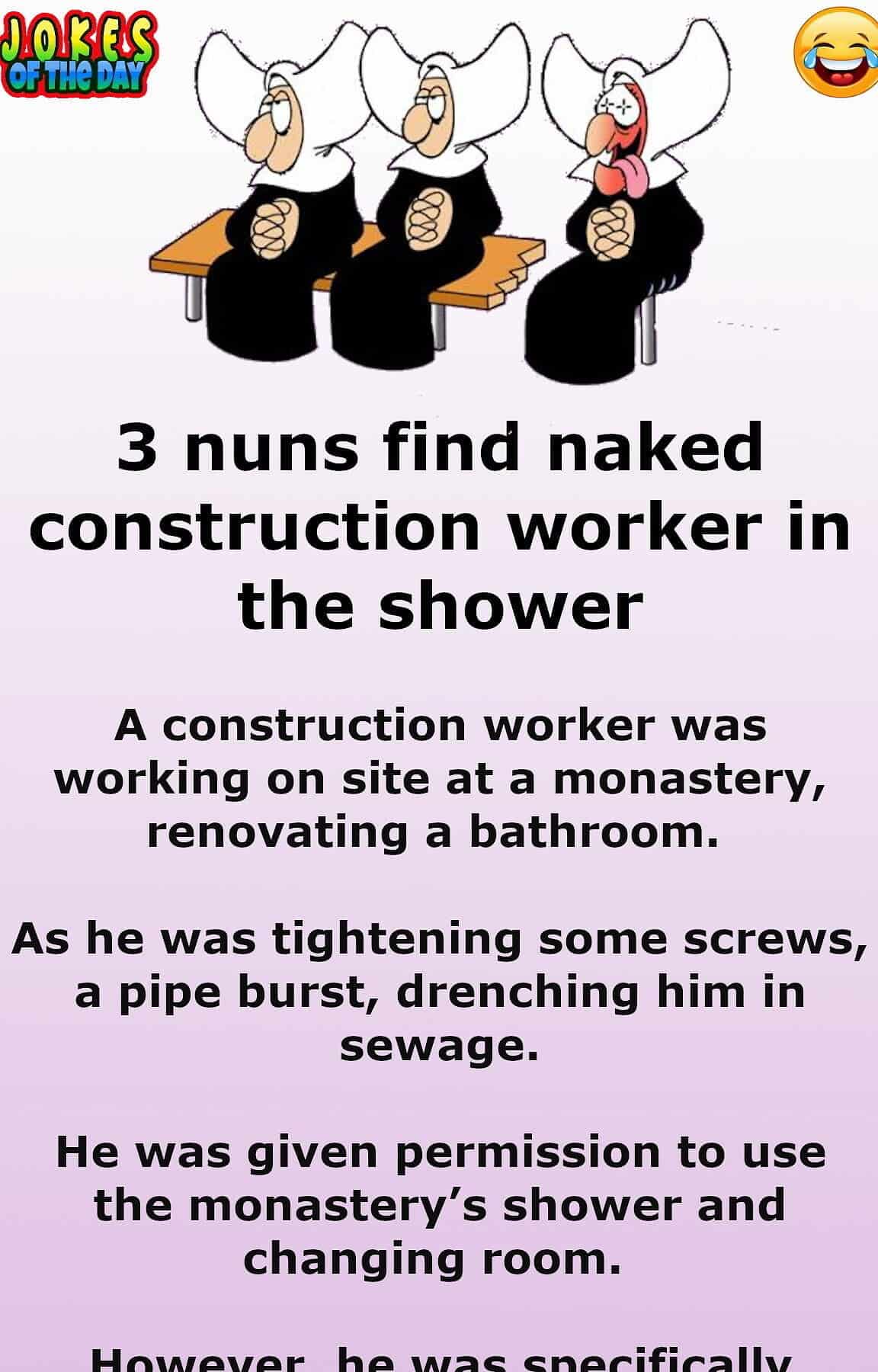 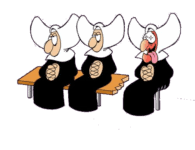 Being able to think on your feet is a valuable skill, and will help you come up with solutions on the fly.

However, sometimes there’s just no way to go other than staying put – and then things might turn out like this…

A construction worker was working on site at a monastery, renovating a bathroom. As he was tightening some screws, a pipe burst, drenching him in sewage. He was given permission to use the monastery’s shower and changing room.

However, he was specifically instructed to be careful, since most of the nuns were very devoted in their faith and had never seen a man naked.

The construction worker was very dirty after the incident, so he took one bar of soap in each hand as he went into the shower.  Just when he was about to turn on the shower, he heard three nuns walking into the changing room and starting to undress.

The man panicked, but had nowhere to go. Lacking a better option, he froze to the wall, stiff as a statue.

As the young nuns entered the shower, they were surprised by the lifelike statue.

“This statue must be new, it’s still muddy from the transport,” said one of the nuns.

“It looks so real! But what’s that?” asked one of the nuns and pointed at the construction worker’s groin.

“I don’t know,” said one of the nuns, who then walked up and pulled his penis.

The construction worker was so surprised that he dropped one of the bars of soap he was holding.

“Ah,” exclaimed one of the nuns, “It’s a soap dispenser!”

The second nun walked up to the “statue” and pulled its penis as well. The construction worker had no idea what to do, so he dropped the second soap.

The third nun wanted to try it as well. She pulled once but nothing happened.

So she tried pulling one, two, three, four, five times, and suddenly exclaimed, “Look! I got liquid soap!”