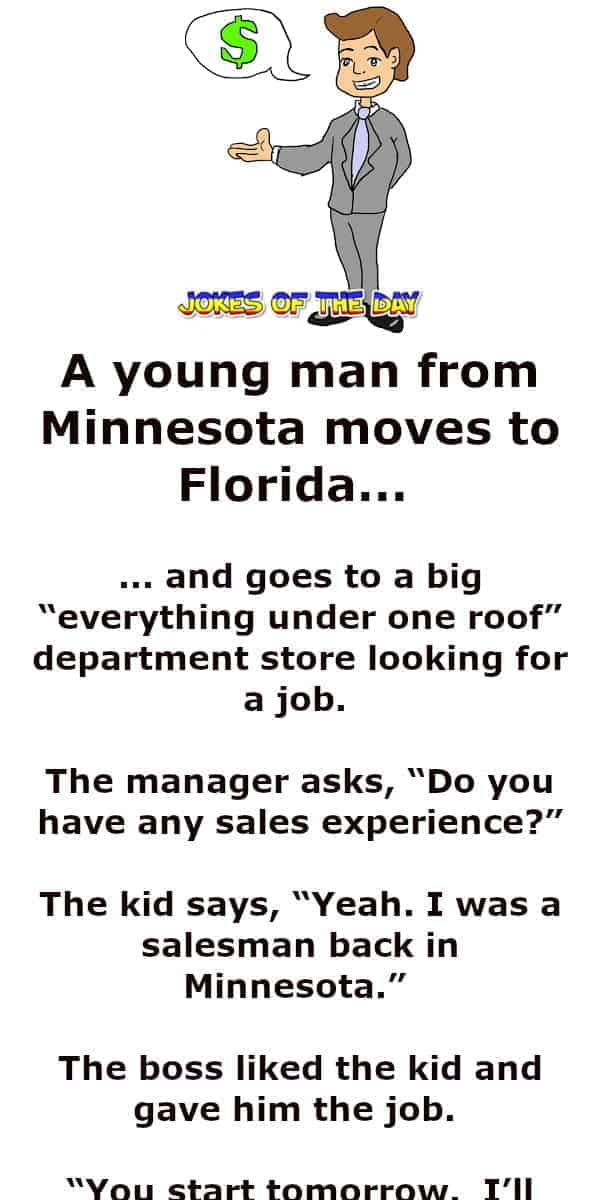 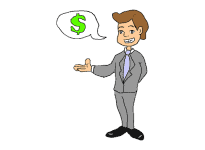 A young man from Minnesota moves to Florida and goes to a big “everything under one roof” department store looking for a job.

The manager asks, “Do you have any sales experience?”

The kid says, “Yeah. I was a salesman back in Minnesota.”

The boss liked the kid and gave him the job. “You start tomorrow.  I’ll come down after we close and see how you did.”

His first day on the job was rough, but he got through it.  After the store was locked up, the boss came down. “How many customers bought something from you today?”

The boss says, “Just one? Our sales people average 20 to 30 customers a day.  How much was the sale for?”

The boss said, “A guy came in here to buy a fish hook and you sold him a BOAT and a TRUCK?”

The kid said, “No, the guy came in here to buy tampons for his wife, and I said,…”

“Dude, your weekend’s shot, you should go fishing.“