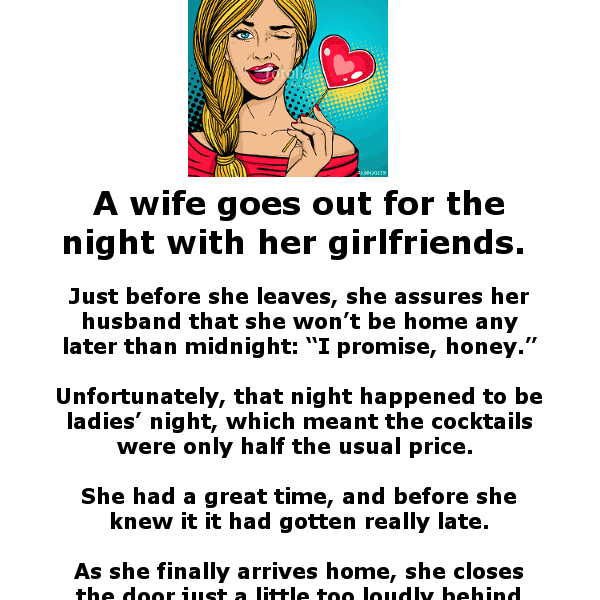 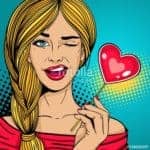 When you’ve had a few glasses too many, your perception of the world will not be quite the same as when you’re sober.

If you’re ever feeling a bit too sure of yourself after drinking, just think back on this story!

A wife goes out for the night with her girlfriends. Just before she leaves, she assures her husband that she won’t be home any later than midnight: “I promise, honey.”

Unfortunately, that night happened to be ladies’ night, which meant the cocktails were only half the usual price. She had a great time, and before she knew it it had gotten really late.

As she finally arrives home, she closes the door just a little too loudly behind her.  She quickly checks her watch.

“Damn, it’s almost 3 o’clock in the night.  I probably woke up my husband with the slamming door and now he’s gonna hear the cuckoo-clock strike three.  Wait, I got it, I’ll wait here for the clock to strike and then add 9 extra cuckoos.  He’ll think it’s just 12 o’clock!”

She does exactly as planned.  As the hour strikes, she performs the extra cuckoos with the skill of an absolute master.  She goes to bed feeling satisfied that her little scam had worked – even totally drunk she had managed to avoid a fight.

The next morning however, her husband says, “Honey, I think we need a new cuckoo-clock.”

The wife puts on her most innocent face and says, “Oh? Why’s that?”