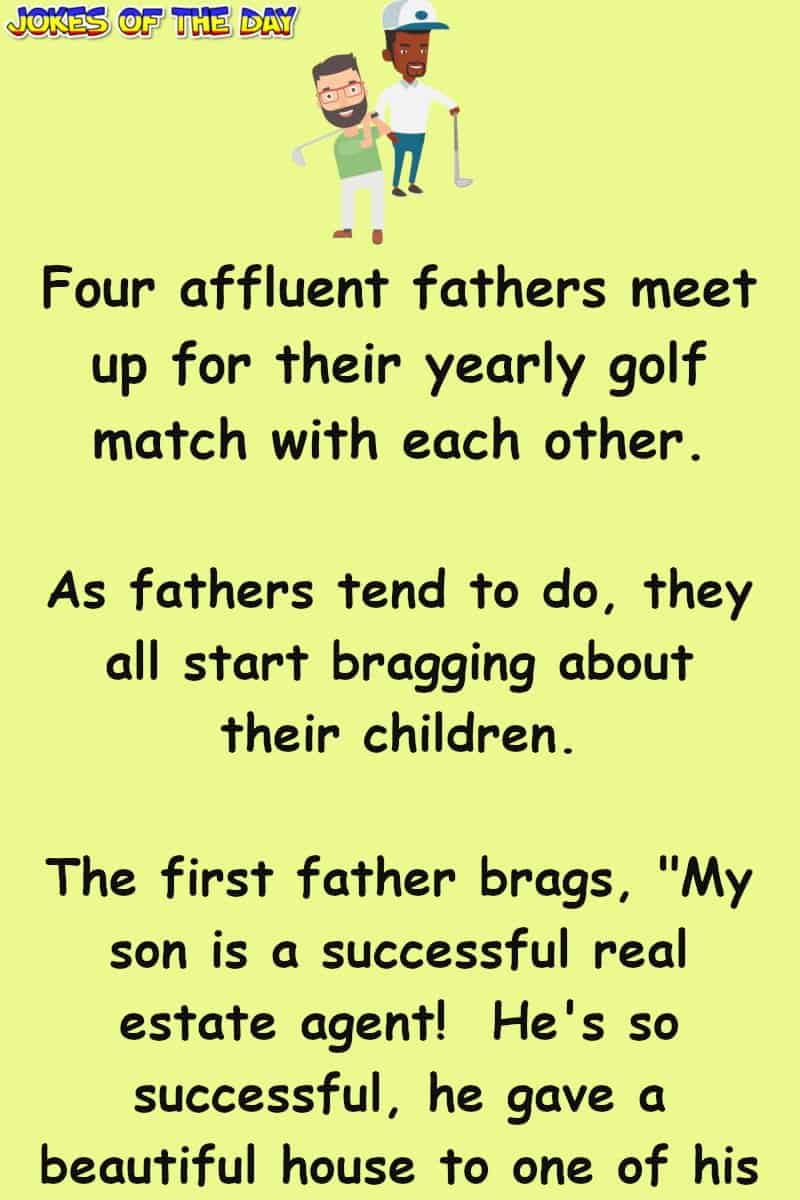 Four affluent fathers meet up for their yearly golf match with each other.

As fathers tend to do, they all start bragging about their children.

The first father brags, “My son is a successful real estate agent!  He’s so successful, he gave a beautiful house to one of his friends for free!”

The second father scoffs. “That’s nothing.  My son is the most successful car salesman in the state, he recently gave a friend a Jaguar for free!”

The third father rolls his eyes. “Well, my son is a successful businessman.  He’s so successful, he recently gave a friend a portfolio that’s worth millions of dollars!”

The first three fathers notice the fourth father hasn’t said anything yet.  “What’s wrong?” They ask him.

“Well,” the fourth father says, “My son recently came out to us as gay.”

The first three fathers begin to offer their condolences before the fourth father cuts them off.

“It’s actually pretty great.  His last three boyfriends have given him a beautiful new home, a brand new Jaguar, and millions of dollars in stocks!”