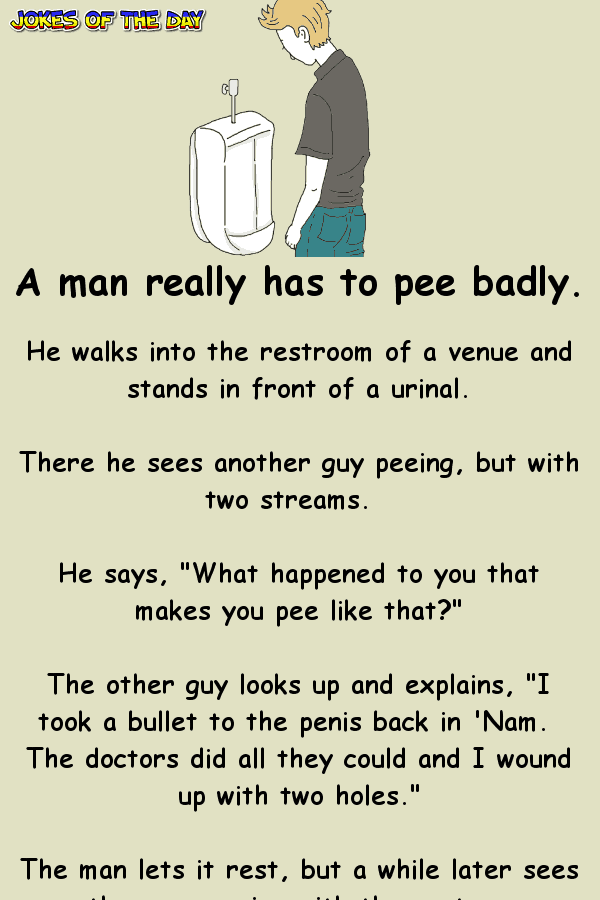 A man really has to pee badly.

He walks into the restroom of a venue and stands in front of a urinal.

There he sees another guy peeing, but with two streams.  He says, “What happened to you that makes you pee like that?”

The other guy looks up and explains, “I took a bullet to the penis back in ‘Nam.  The doctors did all they could and I wound up with two holes.”

The man lets it rest, but a while later sees another guy peeing with three streams.

Again the man asks how it’s possible and the guy explained, “I took a bullet to the penis in Iraq.  The doctors put it back together as best they could and now I have three streams, I count myself lucky.”

The man turns around and by chance sees a third guy peeing but with almost a hundred streams, making a right royal mess.  It was going up the wall, on the floor, and all over the place.

Bewildered, the man asks what war HE was in.