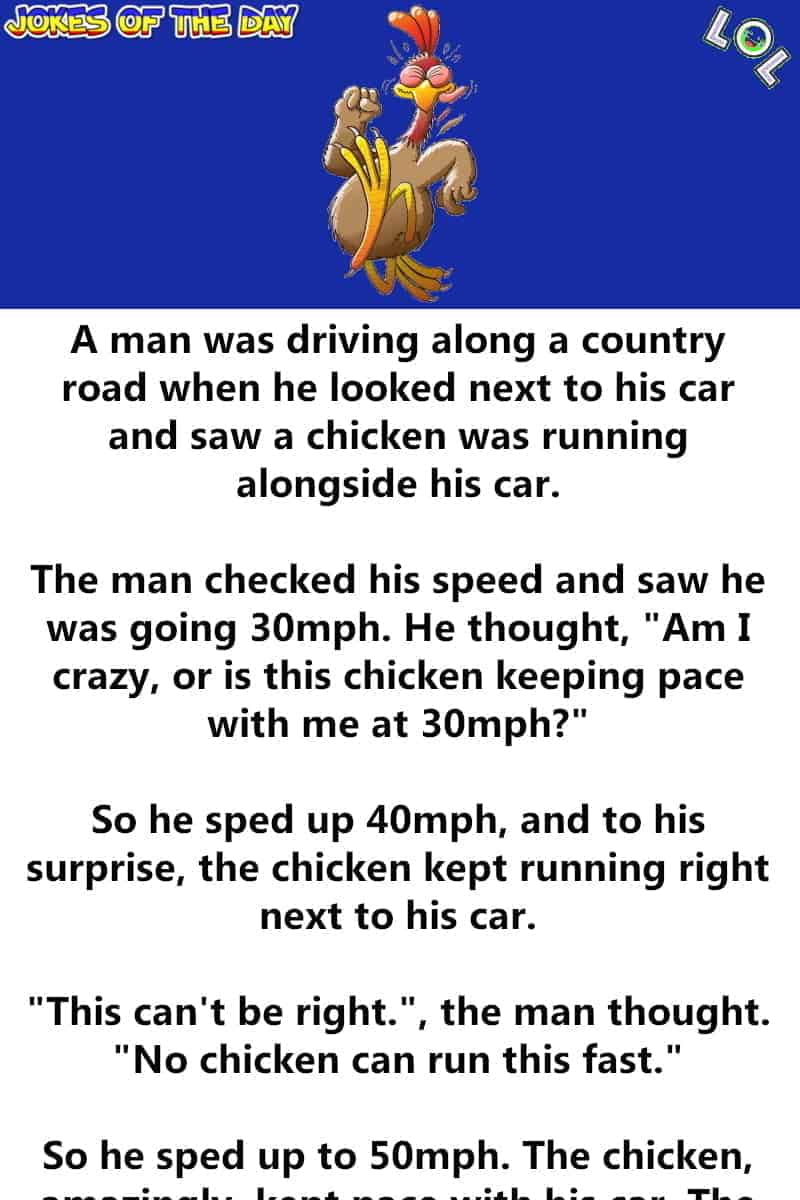 A man was driving along a country road when he looked next to his car and saw a chicken was running alongside his car.

The man checked his speed and saw he was going 30mph. He thought, “Am I crazy, or is this chicken keeping pace with me at 30mph?”

So he sped up 40mph, and to his surprise, the chicken kept running right next to his car.

“This can’t be right.”, the man thought. “No chicken can run this fast.”

So he sped up to 50mph. The chicken, amazingly, kept pace with his car. The man looked closely at the chicken, and he saw it also had 3 legs.

“A 3 legged chicken, running 50 miles per hour? Am I dreaming? How can this be real?”

So the man sped up to 60mph. The chicken also sped up and kept pace with his car then, to the man’s astonishment, passed his car and ran a few yards ahead, then suddenly turned hard left down another road without slowing down.

The man hit the brakes, and turned down the road to follow the chicken, but the chicken was out of sight. But a little ways down the road, the man saw a farmer out to get his mail. The man stopped next to the farmer and said, “Hey! Did you just see a 3-legged chicken come tearing down this road at 60 miles per hour?”

The farmer looked at the man and said, “Yup, I saw him. He was one of mine.”

“One of yours??”, said the man, incredulous.

“That’s amazing!”, said the man. “Well, congratulations on your successful breeding program. And how do they taste?”