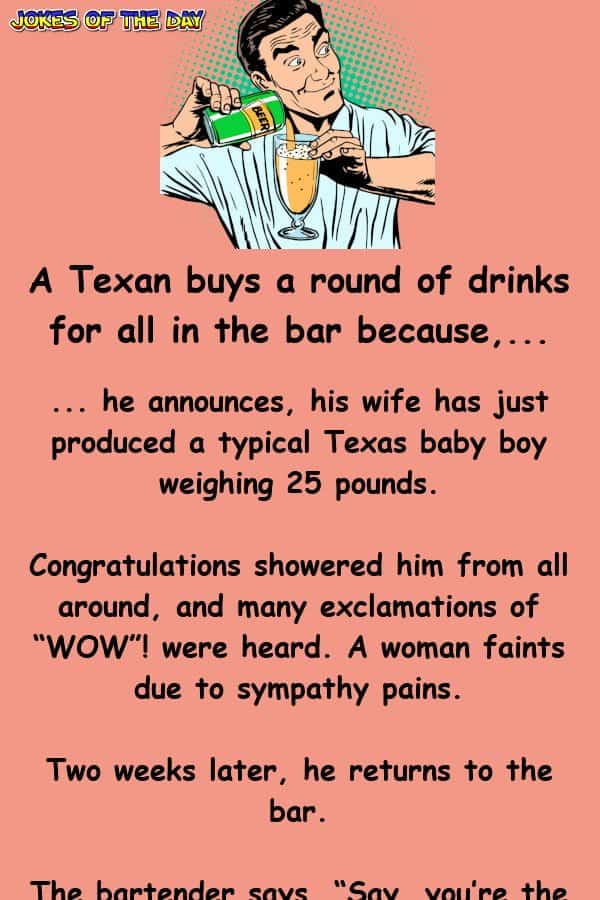 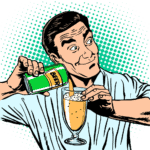 A Texan buys a round of drinks for all in the bar because,…

Congratulations showered him from all around, and many exclamations of “WOW”! were heard.  A woman faints due to sympathy pains.

Two weeks later, he returns to the bar.

The bartender says, “Say, you’re the father of the typical Texas baby that weighed 25 pounds at birth.  How much does he weigh now?”

The bartender is puzzled, and concerned.

“What happened? He already weighed 25 pounds at birth.”

The Texas father takes a slow swig from his long-neck Lone Star beer, wipes his lips on his shirt sleeve, leans into the bartender and proudly says,