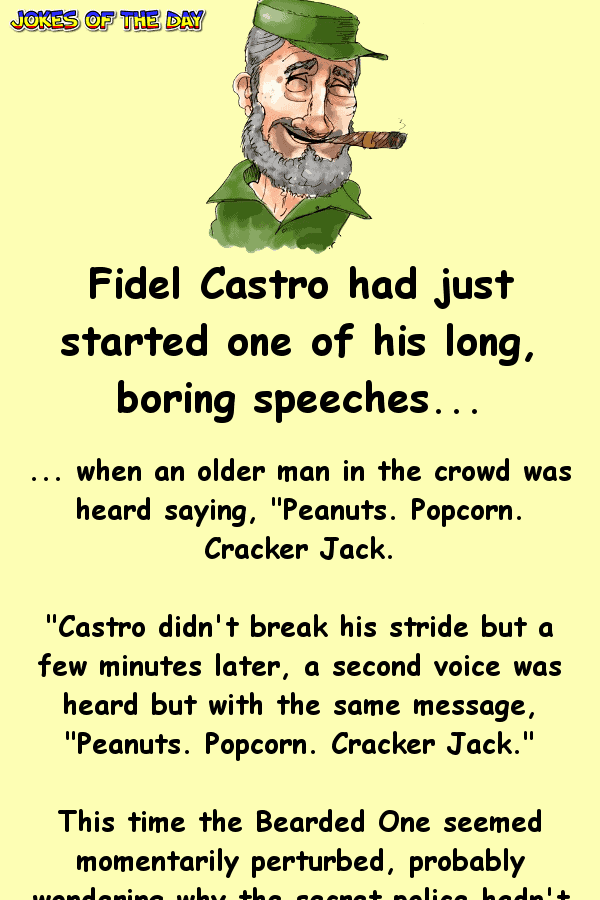 Fidel Castro had just started one of his long, boring speeches…

… when an older man in the crowd was heard saying, “Peanuts. Popcorn. Cracker Jack.”

Castro didn’t break his stride but a few minutes later, a second voice was heard but with the same message, “Peanuts. Popcorn. Cracker Jack.”

This time the Bearded One seemed momentarily perturbed, probably wondering why the secret police hadn’t already scooped up the disrespectful cur. But he continued the speech.

That did it. The incensed Castro screams out, “The next person I hear say that — well, I will personally kick his ass all the way to Miami Beach!”

At which the whole crowd erupted, “Peanuts! Popcorn! Cracker Jack!”