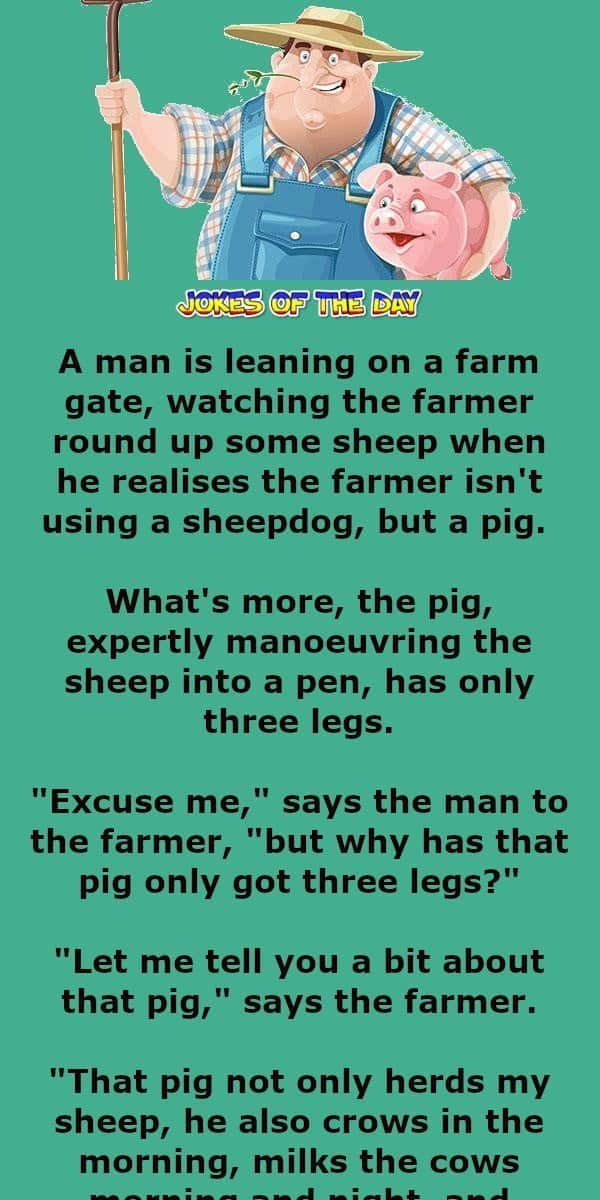 A man is leaning on a farm gate, watching the farmer round up some sheep when he realises the farmer isn’t using a sheepdog, but a pig.

What’s more, the pig, expertly manoeuvring the sheep into a pen, has only three legs.

“Excuse me,” says the man to the farmer, “But why has that pig only got three legs?”

“Let me tell you a bit about that pig,” says the farmer.

“That pig not only herds my sheep, he also crows in the morning, milks the cows morning and night, and collects the eggs from the hens.”

“And that’s not all,” he continued. “That pig can count! He counts so well that he does all the farm accounts and fills in my tax forms.”

“What an amazing pig,” says the man.

“I’m not finished,” says the farmer.

“Two years ago, my farmhouse caught fire and the pig called the fire brigade and then fetched water from the river to douse the flames. He then fought his way through the smoke to where my wife and children lay unconscious and dragged them from the burning house.”

“Wow!” says the man, “That really is an incredible pig. But I still don’t understand why he only has three legs?!”

“When you have a pig that is that special, you don’t eat him all at once.”