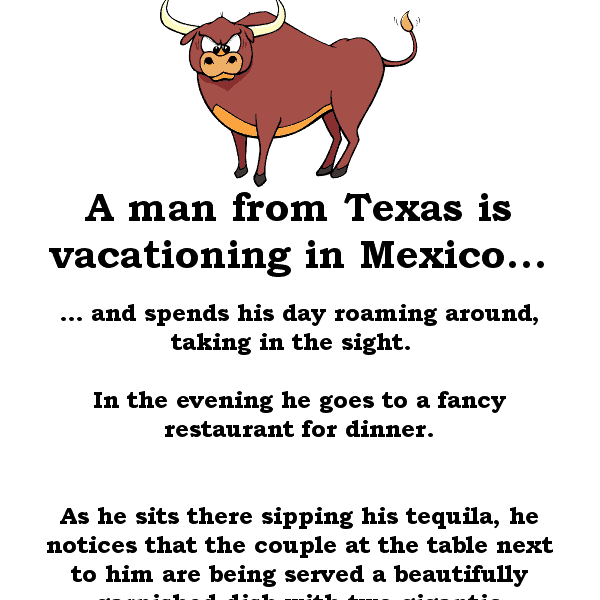 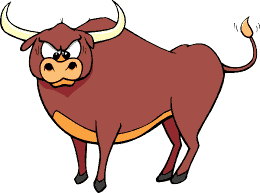 When in Rome, do as the Romans do.

When in Mexico… well, I’ll leave that up to you after reading this story!

A man from Texas is vacationing in Mexico, and spends his day roaming around, taking in the sights.  In the evening he goes to a fancy restaurant for dinner.

As he sits there sipping his tequila, he notices that the couple at the table next to him are being served a beautifully garnished dish with two gigantic meatballs in the middle.

When the waiter asks him for his order, the man asks him about the meatball dish.

The waiter replied, “Ah, Señor, you have excellent taste!  Those are called Cojones de Toro, bull’s testicles from the bull fight this morning.  A real delicacy!”

The Texan said, “Well, what the heck, bring me an order.”

The waiter replied, “I am so sorry, Señor.  There is only one serving per day because there is only one bull fight each morning.  If you come early tomorrow and place your order, we will be sure to save you this delicacy.”

The next morning, the man returned, placed his order, and that evening he was served the one and only special delicacy of the day.

After a few bites, inspecting his platter, he called to the waiter and said, “These are delicious, but they are much, much smaller than the ones I saw you serve yesterday.”

The waiter shrugged his shoulders and replied,