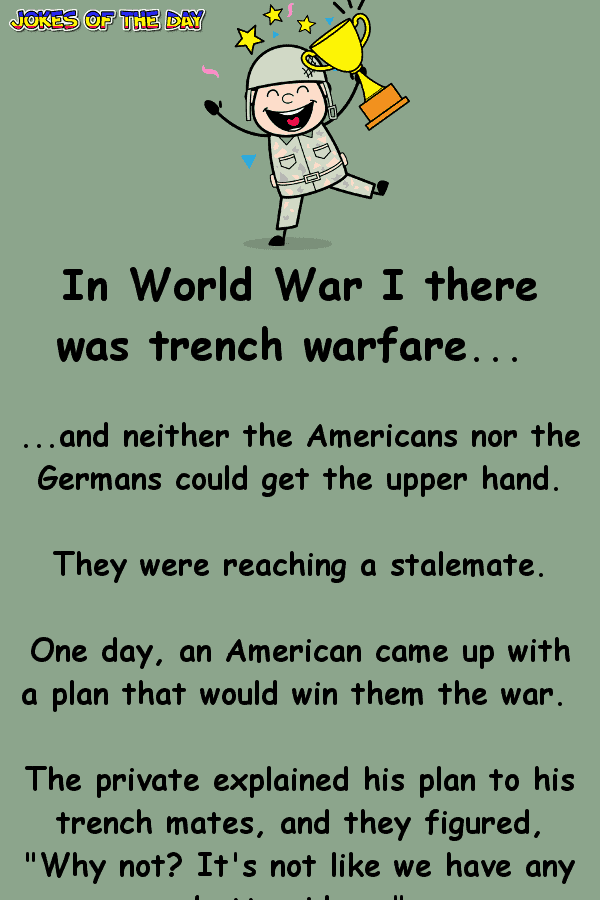 In World War I there was trench warfare, and neither the Americans nor the Germans could get the upper hand.

They were reaching a stalemate.

One day, an American came up with a plan that would win them the war.  The private explained his plan to his trench mates, and they figured, “Why not? It’s not like we have any better ideas.”

The next day, an American soldier called out, “Hans?!”

A German popped up and shouted back, “Ja?!”

Boom, the German was shot dead.

The next day the Americans shouted again, “Hans?!”

This process continued over the next couple of days.  The Germans were losing large numbers and were now finally catching on.

The Germans had an emergency meeting.

They thought they could come back from the heavy losses using the same tactics as the Americans.

Thus, a German asked, “What is a popular American name?” “John!” replied another.

The next day, the Germans decided to execute their plan.

An American called back, “Is that you Hans?!”

And that is how the Americans won WWI.