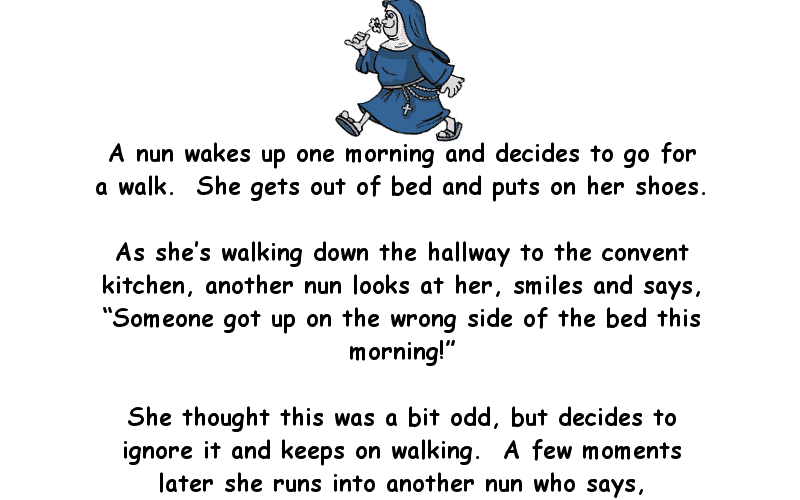 A nun wakes up one morning and decides to go for a walk.  She gets out of bed and puts on her shoes.

As she’s walking down the hallway to the convent kitchen, another nun looks at her, smiles and says, “Someone got up on the wrong side of the bed this morning!”

She thought this was a bit odd, but decides to ignore it and keeps on walking.  A few moments later she runs into another nun who says, “Someone got up on the wrong side of the bed this morning!”

By the end of the hallway and after 5 more encounters the nun is FURIOUS, and marches straight to the head sister’s office and throws the door open.

The head nun goes to speak, when the other shouts,
“DON’T YOU DARE TELL ME I GOT UP ON THE WRONG SIDE OF THE BED THIS MORNING! IT’S ALL I’VE HEARD THIS MORNING AND I’M FED UP WITH IT!”

The head nun, stunned, says calmly, “I was going to say nothing of the sort! I was merely going to ask – why are you wearing the bishop’s slippers?”