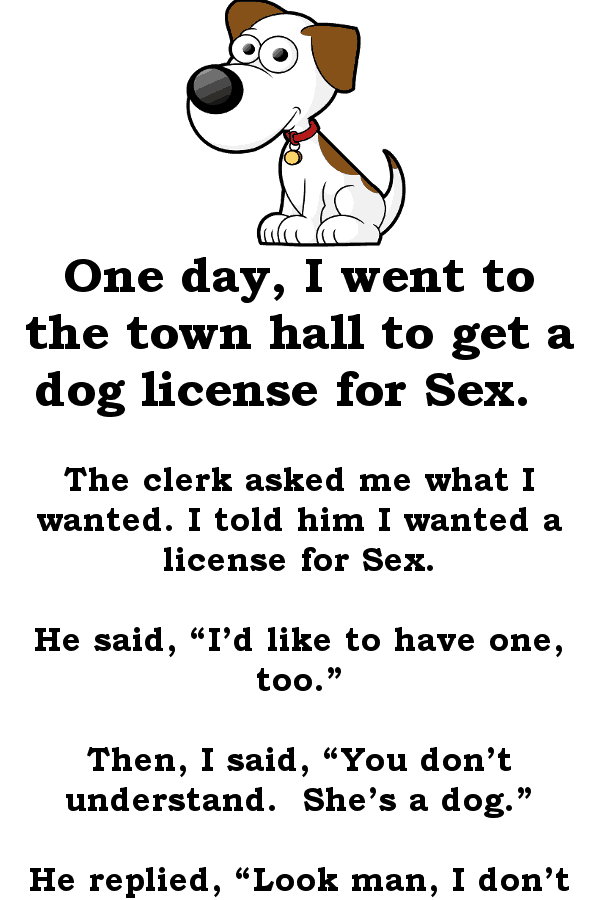 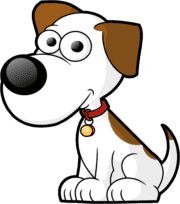 That’s why there are so many named Rover and Spot.  But, have you heard the plight of the fellow who thought he’d be cute and name his dog Sex?  It goes like this:

He replied, “Look man, I don’t care how she looks.”

He replied, “You must have been an early bloomer.”

When I decided to get married, I told the minister I wanted to have Sex at the wedding.  He told me I’d have to wait until after the wedding.

When I protested that Sex had played a big part in my life and that my whole life revolved around Sex, he said he didn’t want to hear about my personal life.

After my wife and I got married, I took the dog with us on the honeymoon.  When I checked into the hotel, I told the clerk that I wanted a room for my wife and wanted one for Sex.

She replied, “Sir, every room in the hotel can be used for sex.”

I said, “You don’t understand.  Sex keeps me awake at night.”

When my wife and I separated, we went to court to fight for custody of the dog.  When I told the Judge I had Sex before I was married, he grinned and said, “Me too.”

One day my dog Sex and I took a walk and he ran away from me.  I spent hours looking for that dog.  A policeman came by and asked what I was doing in this alley at midnight.

My case comes up next Tuesday.

Now that I’ve been thrown in jail, married, divorced and had more trouble with that dog than I ever imagined, I’m in counselling.  My psychiatrist asked me what my problem was.

I said, “Sex has left my life.  It’s like losing a best friend and I’m so lonely.”

He said, “Look, you and I both know that sex isn’t man’s best friend.  Why don’t you go get yourself a dog…”