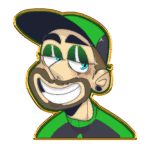 Derek goes out drinking with his friends one night and gets blackout drunk.

He wakes up the next morning to find that he has lost his credit card.  He needs to get it back, but he got so drunk that he doesn’t remember which bar he ended up at.  The only thing he remembers is that the bar had a golden toilet.

He walks downtown and goes into one bar and asked the bartender, “Excuse me, I know this is a weird question, but do you happen to have a golden toilet here?”

A golden toilet? I don’t think so,” the bartender said, giving him a strange look.

The man walked into another bar,” Excuse me, you don’t happen to have a golden toilet here, do you?” said Derek.

This continues all day until finally Derek walks into a bar all the way on the other side of town.

He asks the bartender: “Excuse me, I know this is going to sound strange, but do you have a golden toilet here? I got really drunk last night and left my credit card at a bar with a golden toilet.”

The bartender smiles, turns around and yells, “Hey Bob, I think we found the guy who took a shit in your tuba!”