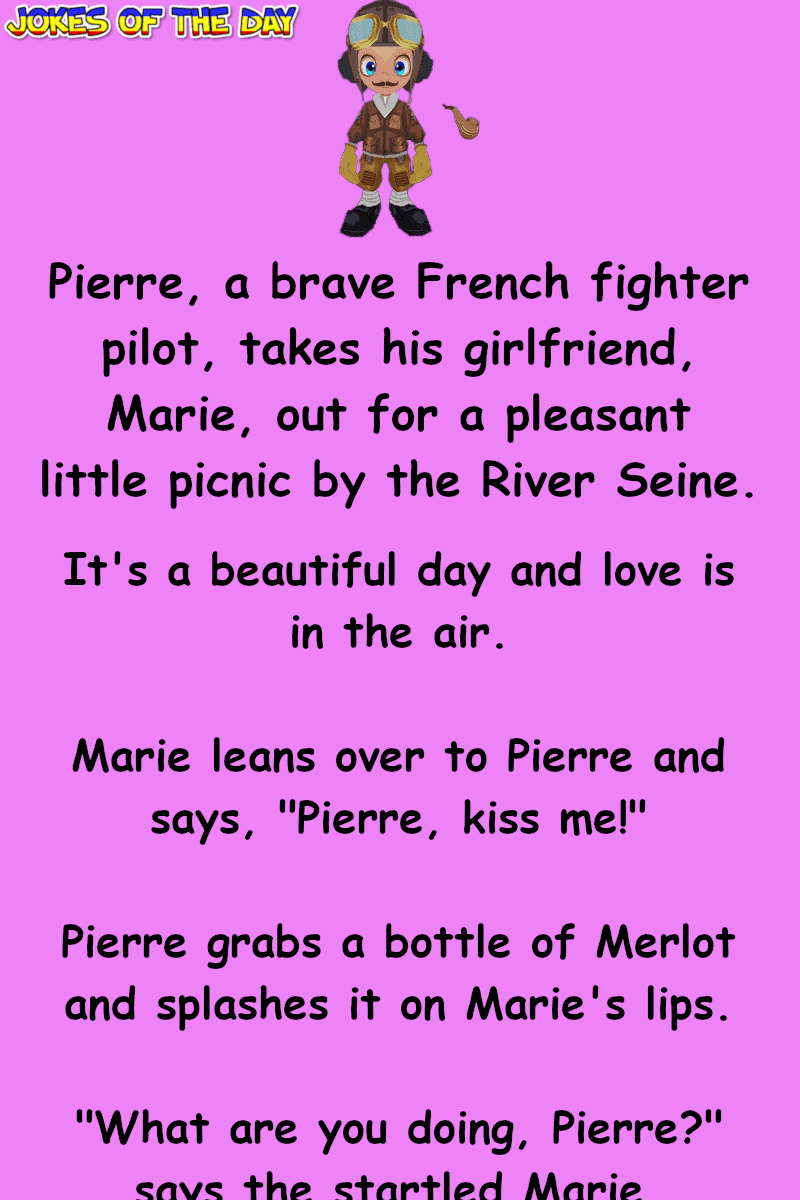 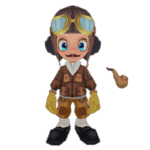 Pierre, a brave French fighter pilot, takes his girlfriend, Marie, out for a pleasant little picnic by the River Seine.

It’s a beautiful day and love is in the air.

Marie leans over to Pierre and says, “Pierre, kiss me!”

Pierre grabs a bottle of Merlot and splashes it on Marie’s lips.

“What are you doing, Pierre?” says the startled Marie.

“I am Pierre, the fighter pilot!  When I have red meat, I have red wine!”

She smiles and they start kissing.

Things began to heat up a little and Marie says, “Pierre, kiss me lower.”

Our hero tears her blouse open, grabs a bottle of Chardonnay and pours it on her breasts.

“Pierre! What are you doing now?” asks the bewildered Marie.

She giggles and they resume their passionate interlude, and things really steam up.

Marie leans close to his ear and whispers, “Pierre, kiss me much lower!”

Pierre rips off her underwear, grabs a bottle of Cognac and pours it in her lap.  He then strikes a match and lights the Cognac on fire.

Marie shrieks and dives into the River Seine.

Standing waist deep, Marie throws her arms into the air and screams furiously, “PIERRE, WHAT THE FUCK DO YOU THINK YOU ARE DOING?”

Our ‘hero’ stands and says defiantly, “I am Pierre, the fighter pilot!  If I go down, I go down in flames!”