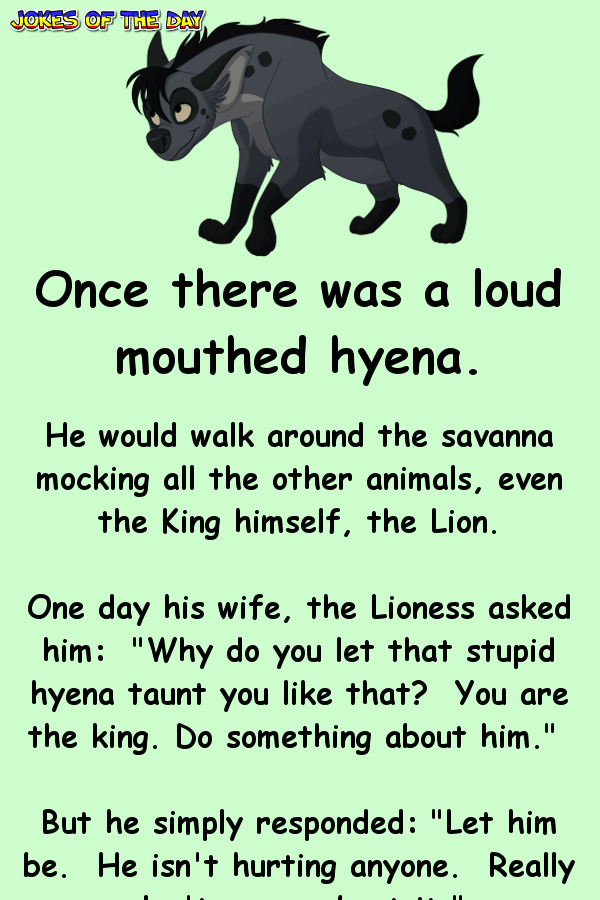 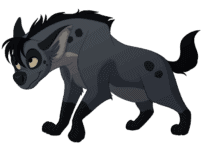 Once there was a loud mouthed hyena.

He would walk around the savanna mocking all the other animals, even the King himself, the Lion.

One day his wife, the Lioness asked him:  “Why do you let that stupid hyena taunt you like that?  You are the king. Do something about him.”

But he simply responded: “Let him be.  He isn’t hurting anyone.  Really don’t worry about it.”

However the Lioness felt like she needed to teach that hyena a lesson so she began to chase him.

The chase went on for miles and eventually the hyena led her to a fallen, hollow tree trunk and went through it.

The Lioness tried to follow but got stuck straight away.

The hyena then got behind her and had his way with her.

Once he had left, she got herself out of the trunk and began to walk home, ashamed.

She found her husband waiting for her.  He sighed heavily, and asked: