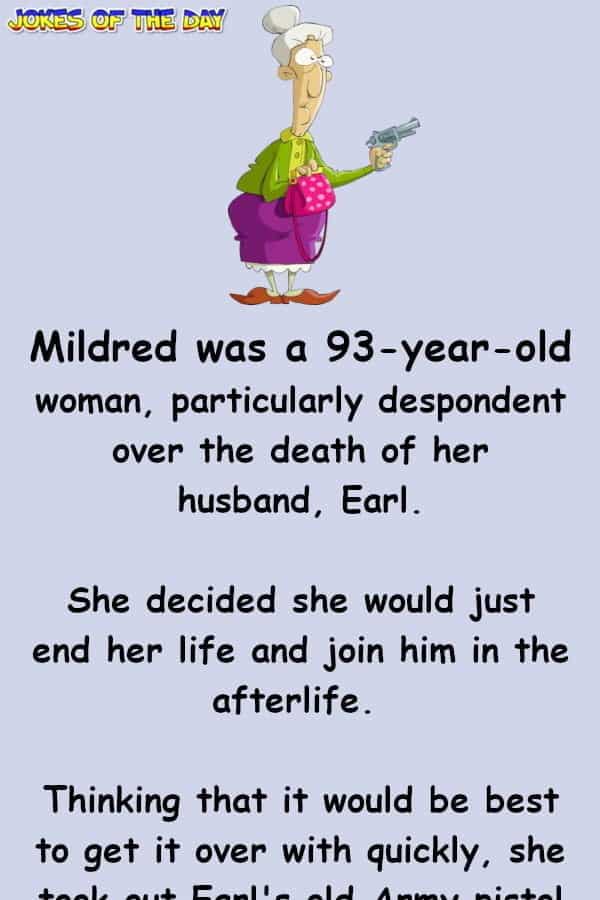 Mildred was a 93-year-old woman, particularly despondent over the death of her husband, Earl.

She decided she would just end her life herself and join him in death.

Thinking that it would be best to get it over with quickly, she took out Earl’s old Army pistol and made the decision to shoot herself in the heart, since it was so badly broken in the first place.

Not wanting to miss the vital organ and become a vegetable and burden to someone, she called her doctor’s office to inquire as to just exactly where the heart would be on a woman.

The doctor said, “Your heart would be just by your left breast.”

Later that night Mildred was admitted to the hospital with a gunshot wound to her knee.