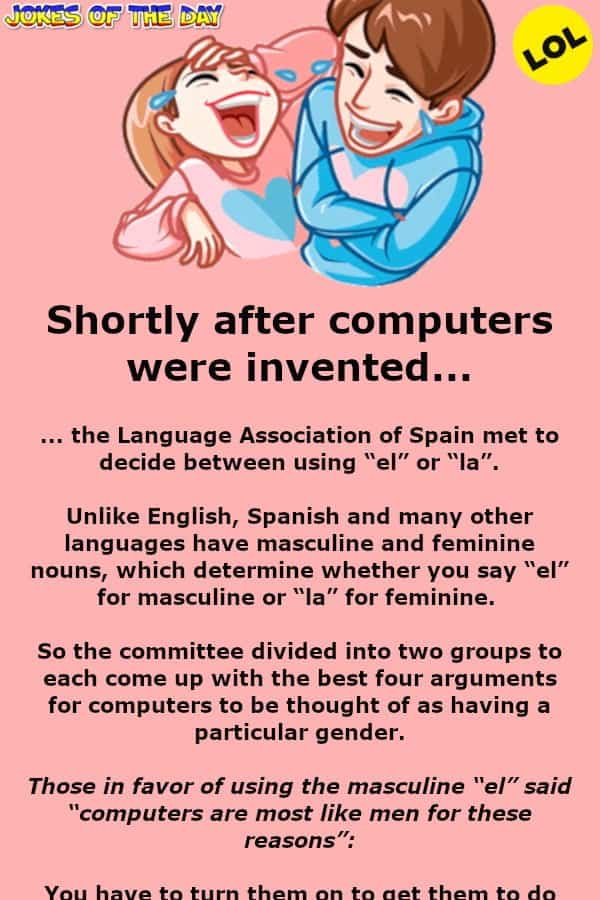 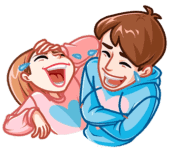 Shortly after computers were invented, the Language Association of Spain met to decide between using “el” or “la”.

Unlike English, Spanish and many other languages have masculine and feminine nouns, which determine whether you say “el” for masculine or “la” for feminine.

So the committee divided into two groups to each come up with the best four arguments for computers to be thought of as having a particular gender.

Those in favor of using the masculine “el” said “computers are most like men for these reasons”:

Those in favor of the feminine “la” felt computers were most like women for the following reasons:

Needless to say, the committee came to no conclusion on a particular gender.