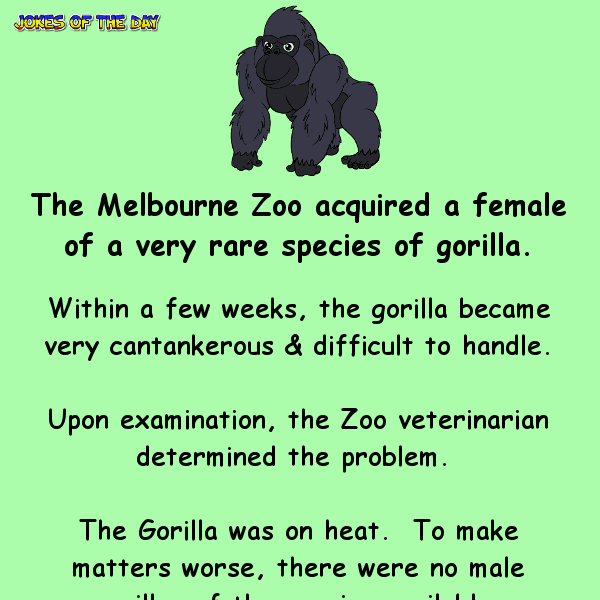 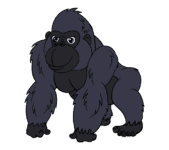 The Melbourne Zoo acquired a female of a very rare species of gorilla.

Within a few weeks, the gorilla became very cantankerous & difficult to handle.

Upon examination, the Zoo veterinarian determined the problem.

The Gorilla was on heat.  To make matters worse, there were no male gorillas of the species available.

While reflecting on their problem, the Zoo management noticed Colin, a big Kiwi lad & a former All Black, responsible for fixing the Zoo’s machinery.

Colin, like most Kiwis, seemed to be possessed with ample ability to satisfy a female of any species.

So the Zoo administrators thought they might have a solution.

Colin was approached with a proposition. Would he be willing to have sex with the gorilla for $500?

Colin showed some interest, but said he would have to think the matter over carefully.

The following day, Colin announced that he would accept their offer, but only under three conditions:

“Sicondly, you must niver niver tull anyone about thus.”

The Zoo administration quickly agreed to these conditions, so they asked what his third condition was.