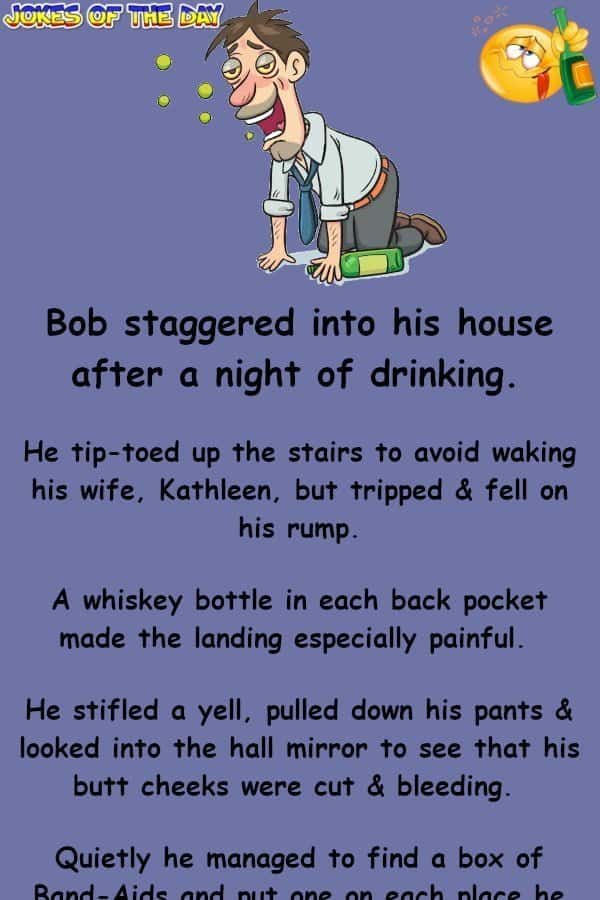 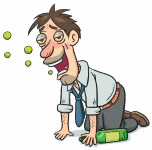 Bob staggered into his house after a night of drinking.

He tip-toed up the stairs to avoid waking his wife, Kathleen, but tripped & fell on his rump.

A whiskey bottle in each back pocket made the landing especially painful.

He stifled a yell, pulled down his pants & looked into the hall mirror to see that his butt cheeks were cut & bleeding.

Quietly he managed to find a box of Band-Aids and put one on each place he saw blood.

The next morning he awoke to see Kathleen staring down on him saying, “You were drunk last night, weren’t ya?!”

Bob blustered, “Now why would you think a thing like that?”

“But mostly,” she continued,…

“It’s all those Band-Aids on the hall mirror.”