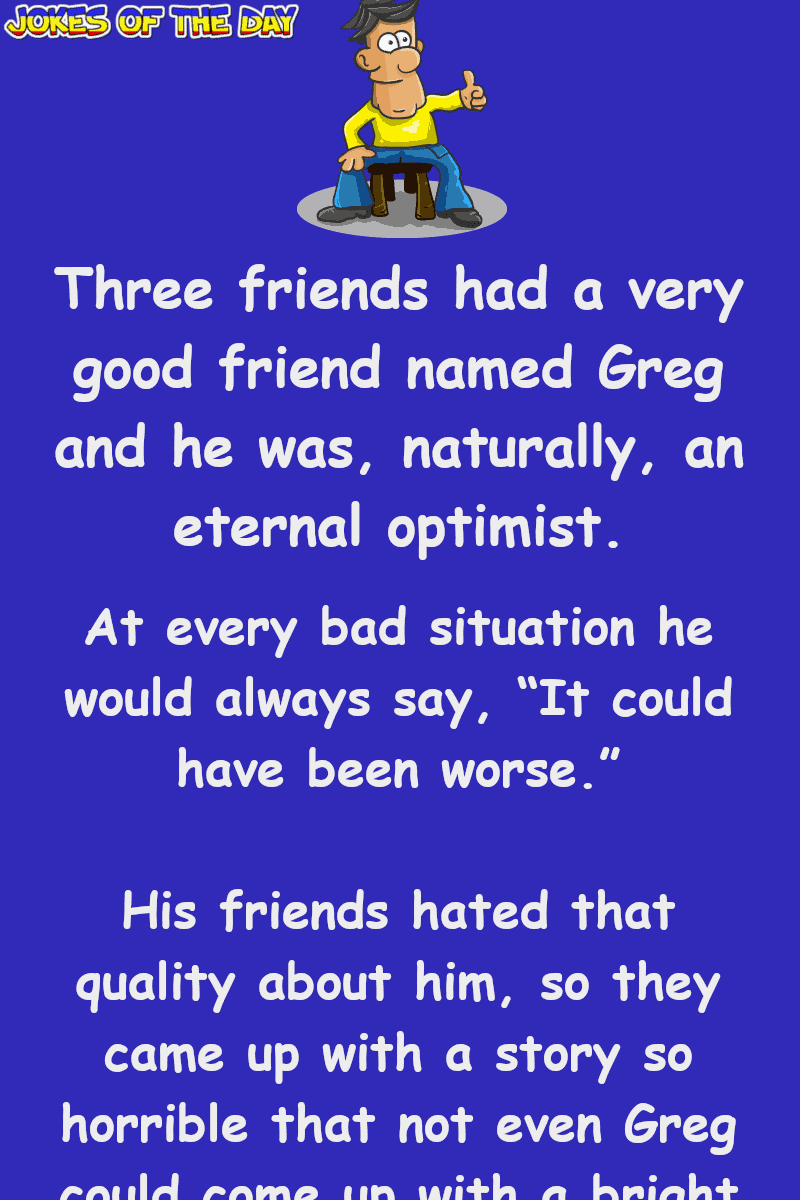 Three friends had a very good friend named Greg and he was, naturally, an eternal optimist.

At every bad situation he would always say, “It could have been worse.”

His friends hated that quality about him, so they came up with a story so horrible that not even Greg could come up with a bright side.

So the next day, only two of his friends showed up for a golf date.

And one of his friends said, “Didn’t you hear? Yesterday, Leeroy found his wife in bed with another man, shot them both, and then turned the gun on himself.”

Greg says, “Well, it could have been worse.”

Both his friends said, “How in hell could it be worse? Your best friend just killed himself!”

Greg says, “If it had happened two days ago, I’d be dead now!”