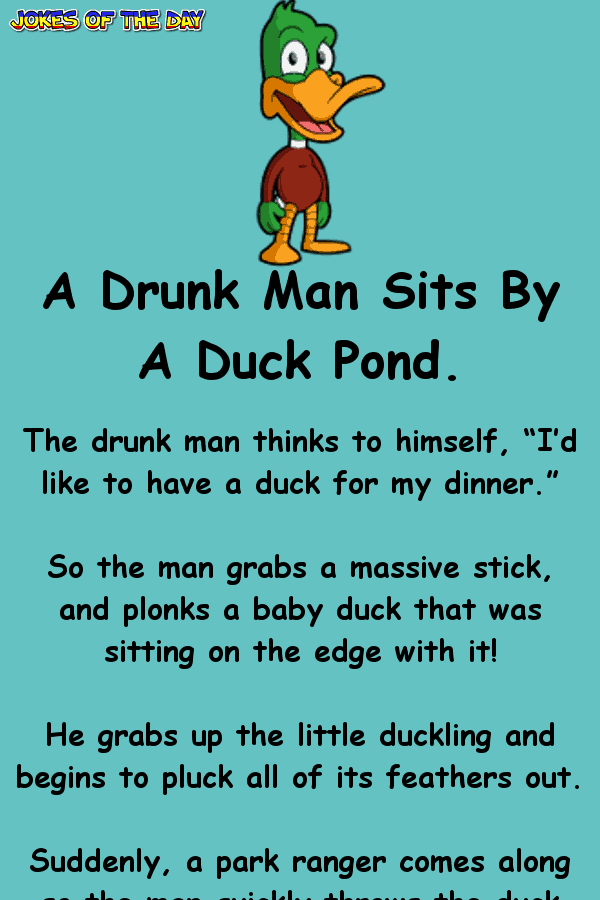 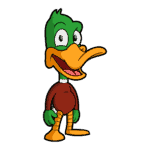 A Drunk Man Sits By A Duck Pond.

The drunk man thinks to himself, “I’d like to have a duck for my dinner.”

So the man grabs a massive stick, and plonks a baby duck that was sitting on the edge with it!

He grabs up the little duckling and begins to pluck all of its feathers out.

Suddenly, a park ranger comes along so the man quickly throws the duck back into the water.

The park ranger says, “Were you trying to steal a duck? There’s a bald duck in the water.”

“No sir,” says the drunk man. “I was just sitting here talking to the ducks!”

The park ranger said,” Well then, how do you explain all the feathers around you, eh?”

The drunk man says,” Well, the little duckie said he wanted to go for a swim, so I said of course, I’ll mind your clothes for you!”