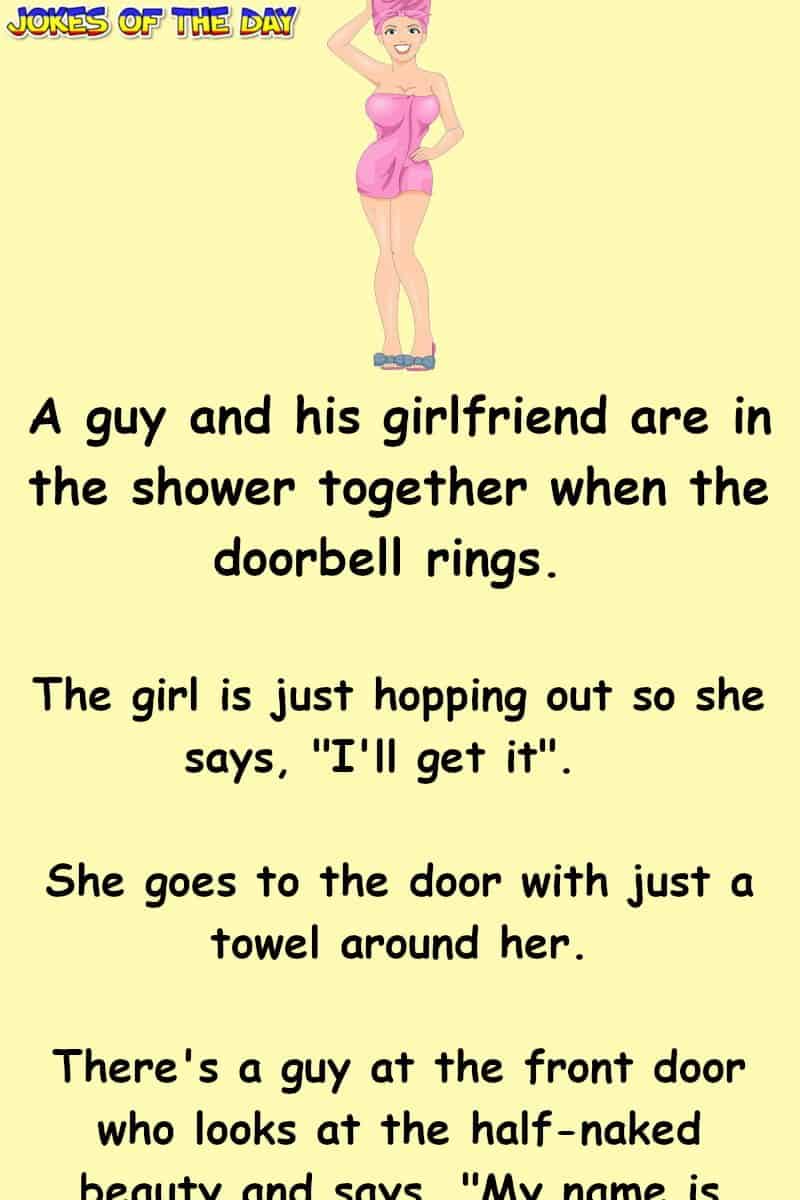 A guy and his girlfriend are in the shower together when the doorbell rings.

The girl is just hopping out so she says, “I’ll get it”.  She goes to the door with just a towel around her.

There’s a guy at the front door who looks at the half-naked beauty and says, “My name is Barry, I’ll give you $500 to drop the towel!”

The girl thinks for a moment and decides, “What the heck”.  So she drops the towel.

The guy ogles her gorgeous body for a minute, gives her the $500 and leaves.

She goes back upstairs where her boyfriend is just getting out of the shower. He asks, “Who was at the door?”