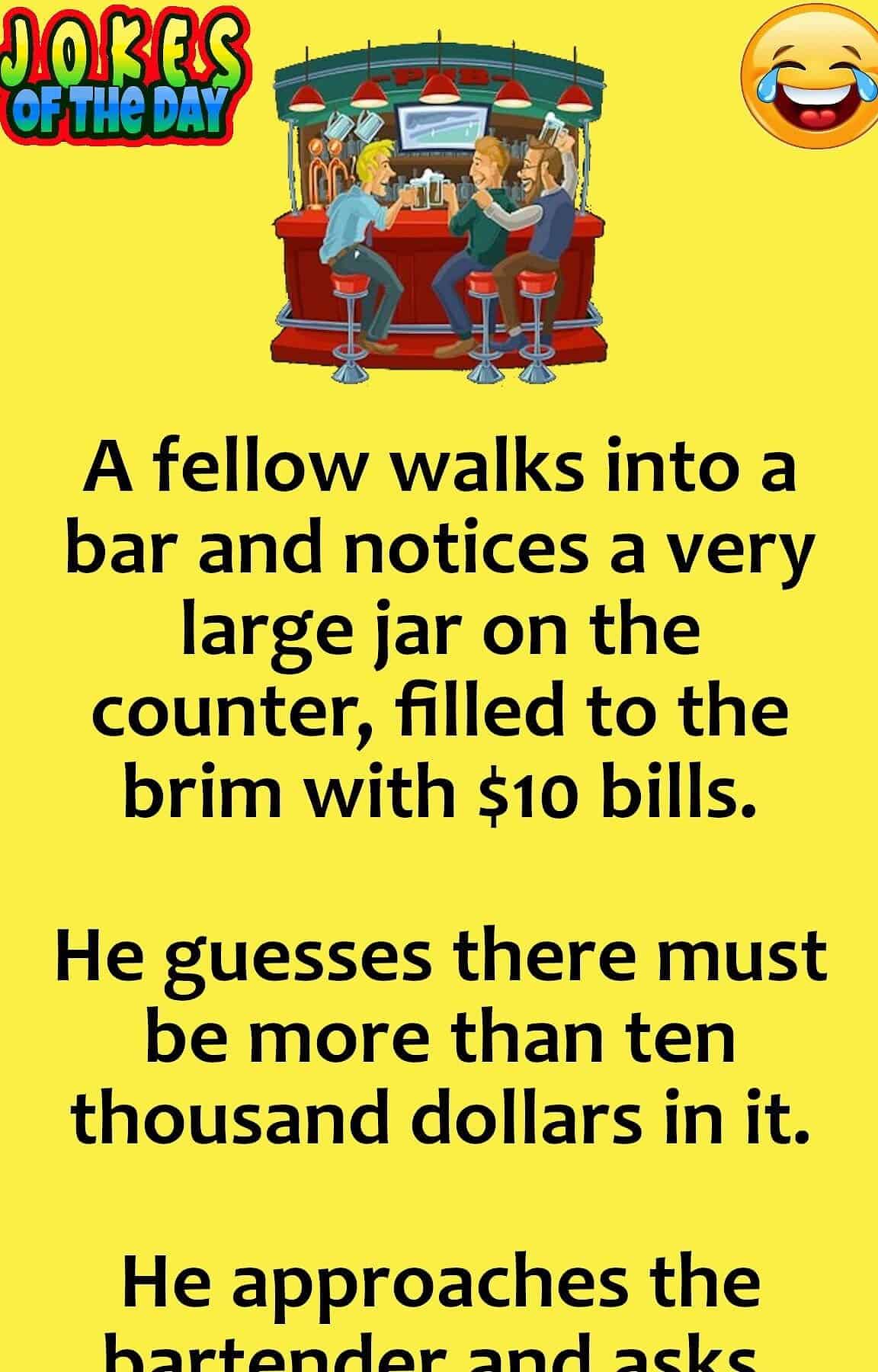 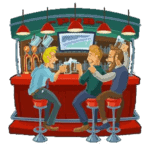 A fellow walks into a bar and notices a very large jar on the counter, filled to the brim with $10 bills.

He guesses there must be more than ten thousand dollars in it.

He approaches the bartender and asks, ‘What’s with the money in the jar?’

‘Well… you pay $10 and if you pass three tests, you get all the money and the keys to a brand new Lexus.’

The man certainly isn’t going to pass this up.  And so he asks, ‘What are the three tests?’

‘You must pay first.  Those are the rules,’ says the bartender.

‘Okay,’ the bartender says, ‘Here’s what you need to do:

First – You have to drink a whole quart of tequila, in a minute or less, and you can’t make a face while doing it.

Second – There’s a pit bull chained in the back with a bad tooth.  You have to remove that tooth with your bare hands.

Third – There’s a 90-year old lady upstairs who has never had sex… You have to take care of that problem!’

The man is stunned.

‘Your call,’ says the bartender… ‘But, your money stays where it is.’

As time goes on, and the man has a few more drinks, he finally says, ‘Where’s the damn tequila?’

He grabs the bottle with both hands and drinks it as fast as he can.  Tears stream down both cheeks… but he doesn’t make a face, and he did it in fifty-eight seconds!

Next, he staggers out the back door, where he sees the pit bull chained to a pole.  Soon the people inside the bar hear growling, biting, and screaming sounds… then nothing but silence!

Just when they think that the man surely must be dead, he staggers back into the bar, with his shirt ripped open and there are scratches and he’s bleeding all over his body.

He says, ‘Now where’s that old woman with the bad tooth?’

The moral to the story:

Listen carefully to the directions and don’t trust your judgement when alcohol is involved!