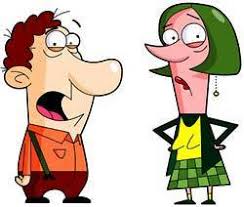 A young couple who were very much in love had just gotten married. On their wedding night, the young bride told her eager husband that she wanted $20 for their first love-making encounter.

In his highly aroused state, he readily agreed.

This scenario was repeated each time they made love for the next 30 years. The man thought this was a cute way for her to buy new clothes and such.

Arriving home around noon one day, she found her husband in a very drunken state. Over the next few minutes she heard of the ravages of financial ruin caused by corporate downsizing and its effects on a 50 year old executive, and that he was almost bankrupt.

Calmly, she handed him a bank book showing deposits and interest for 30 years totalling nearly $1 million dollars. Pointing across the parking lot she gestured toward the local bank while handing him stock certificates worth nearly $2 million dollars and informing him that he was the largest stockholder in the bank.

She told him that for 30 years she had charged him each time they had sex, and this was the result of her investments.

The man looked absolutely distraught. The wife was shocked when he started banging his own head against the side of the car.

She asked him, “What’s wrong? This is good news!”

The man replied, “If I had known what you were doing, I would have given you all of my business!”