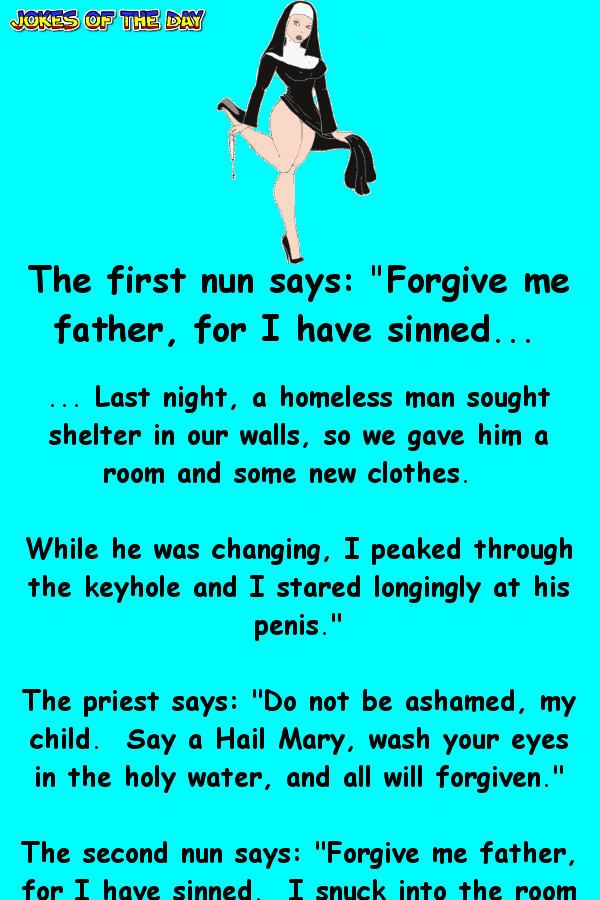 The first nun says: “Forgive me father, for I have sinned…

… Last night, a homeless man sought shelter in our walls, so we gave him a room and some new clothes.  While he was changing, I peaked through the keyhole and I stared longingly at his penis.”

The priest says: “Do not be ashamed, my child.  Say a Hail Mary, wash your eyes in the holy water, and all will forgiven.”

The second nun says: “Forgive me father, for I have sinned.  I snuck into the room and I took his penis in my hand.”

The priest says: “Do not be ashamed, child.  Say a Hail Mary, was your hands in the holy water, and all will be forgiven.”

The priest sees the commotion and yells: “Sisters, stop this at once!  What has come over you?!”

The fourth nun points to the third nun and says: “I want to gargle the holy water before she washes her ass in it!”