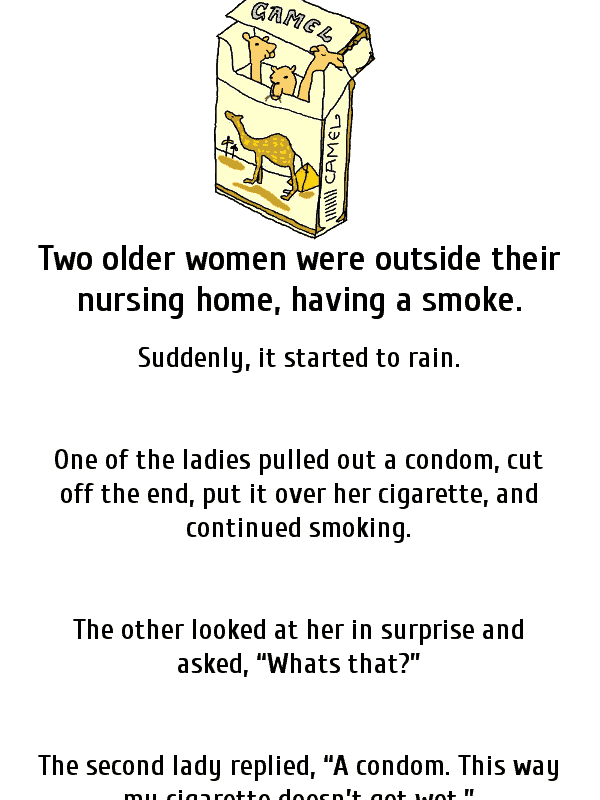 Two older women were outside their nursing home, having a smoke.

Suddenly, it started to rain.

One of the ladies pulled out a condom, cut off the end, put it over her cigarette, and continued smoking.

The other looked at her in surprise and asked, “Whats that?”

The second lady replied, “A condom. This way my cigarette doesn’t get wet.”

“That’s ingenious!  But where did you get the condom?

The second lady replied,  “You can get them at any drugstore.”

The next day, the first lady hobbled herself into the local drugstore and announced to the pharmacist that she wants a box of condoms.

The guy seemed quite embarrassed at hearing this coming from an 83 year old lady, and looked at her with surprise.

“A-alright ma’am. Which brand of condoms do you prefer?”

The old lady replied, “Doesn’t matter son, as long as it fits a Camel.”