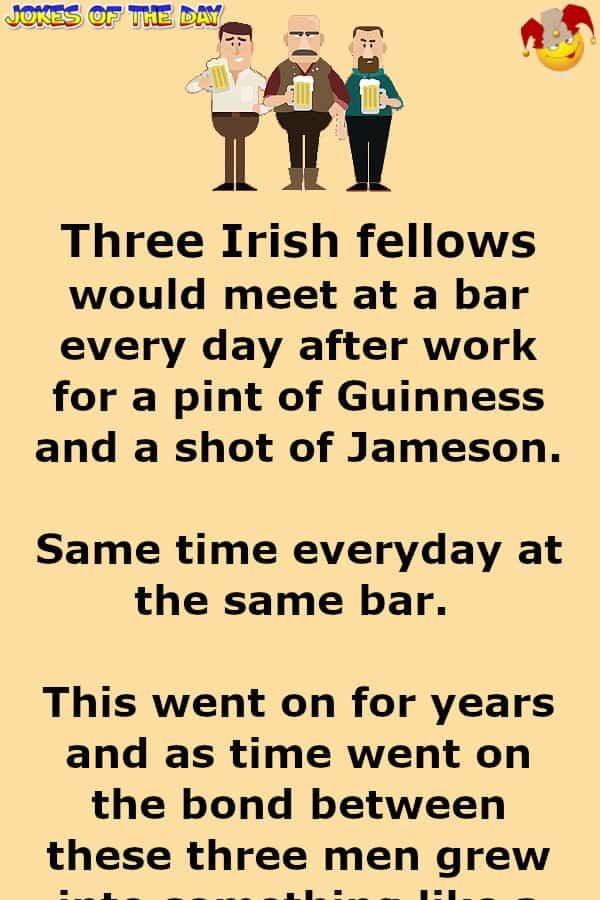 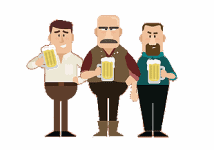 Three Irish fellows would meet at a bar every day after work for a pint of Guinness and a shot of Jameson.

Same time everyday at the same bar. This went on for years and as time went on the bond between these three men grew into something like a brotherhood.

All three men, now really sad about the fact that their group will be splitting up, decide to make a pact. Every day after work, each man will go into a bar and order 3 pints and 3 shots in remembrance of their brotherhood.

After months of this tradition one day the lad that has stayed in Ireland walks into the bar and orders only 2 beers and 2 shots.

The bartender who’d known of the 3 friends and their tradition became worried. So he asked “is everything OK bud? Did you have a falling out with one of your friends? Did someone die?”

To which the Irishman responded,

“No, they are fine. I’ve just quit drinking”