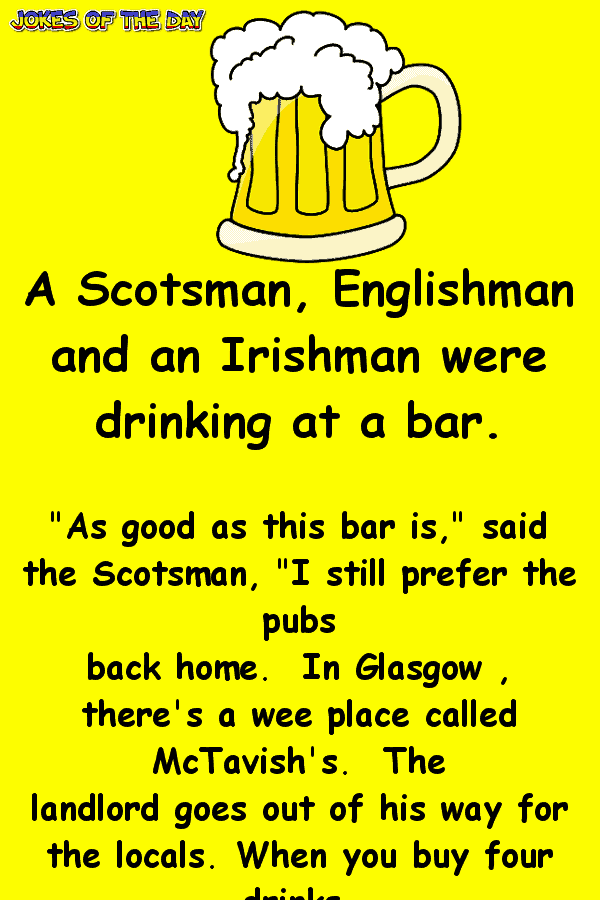 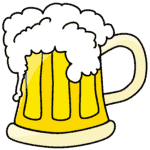 A Scotsman, Englishman and an Irishman were drinking at a bar.

“As good as this bar is,” said the Scotsman, “I still prefer the pubs back home.  In Glasgow, there’s a wee place called McTavish’s.  The landlord goes out of his way for the locals. When you buy four drinks, he’ll buy the fifth drink.”

“Well, Angus,” said the Englishman, “At my local in London, the Red Lion, the barman will buy you your third drink after you buy the first two.”

“Ahhh, dat’s nothin’,” said the Irishman, “back home in my favorite pub, the moment you set foot in the place, they’ll buy you a drink, then another, all the drinks you like, actually.  Then, when you’ve had enough drinks, they’ll take you upstairs and see dat you gets laid, all on the house!”

The Englishman and Scotsman were suspicious of the claims.

The Irishman swore every word was true.

“Did this actually happen to you?”

“Not meself, personally, no,” admitted the Irishman,

“But it did happen to me sister quite a few times… “