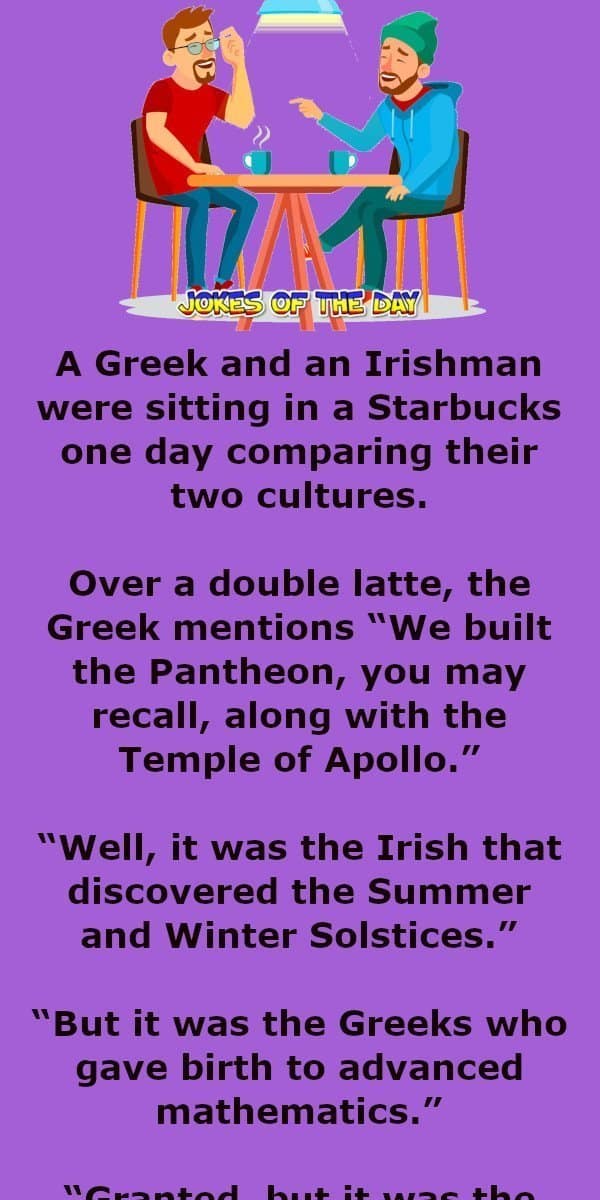 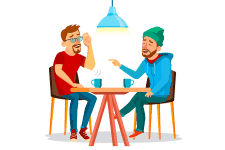 A Greek and an Irishman were sitting in a Starbucks one day comparing their two cultures.

Over a double latte, the Greek mentions,  “We built the Pantheon, you may recall, along with the Temple of Apollo.”

“Well, it was the Irish that discovered the Summer and Winter Solstices.” replied the Irishman.

“But it was the Greeks who gave birth to advanced mathematics.”

“Granted, but it was the Irish who built the first timepieces.”

Knowing that he’s about to deliver the coup de grace, the son of Athens points out with a note of finality,

“Keep in mind that it was the ancient Greeks who invented the notion of sex as a pleasurable activity!”

“But it was the Irish who got women involved”