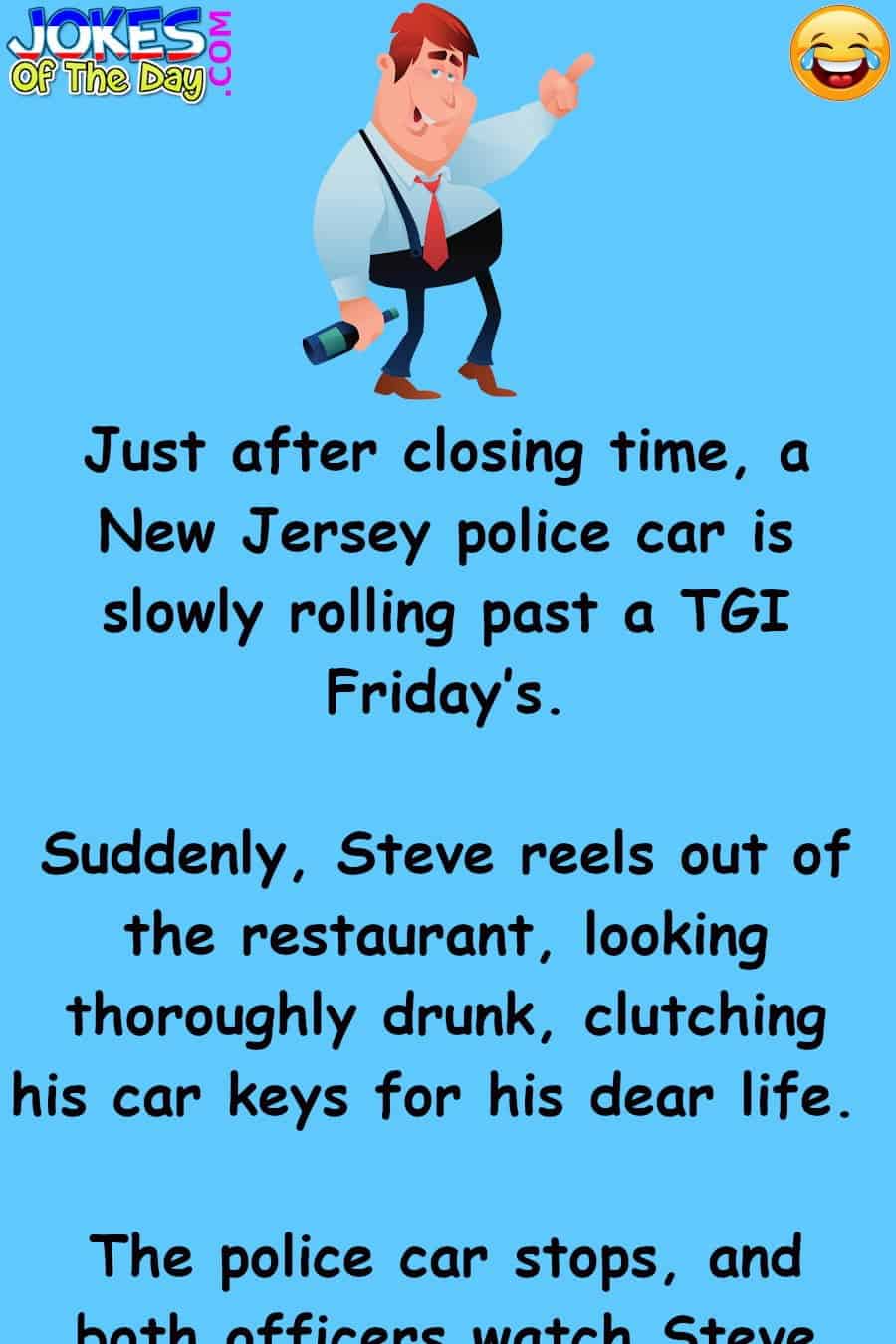 Just after closing time, a New Jersey police car is slowly rolling past a TGI Friday’s.

Suddenly, Steve reels out of the restaurant, looking thoroughly drunk, clutching his car keys for his dear life.

The police car stops, and both officers watch Steve with astonishment.

Steve slowly stumbles toward the parking lot, and then tests his car key on no less than seven different cars before finding the right one, after which he struggles to get into his seat.

He then sits there for ten minutes, turning on the wipers despite it being a clear summer’s evening with not a cloud in sight.

He turns the engine on and with a scraping sound puts the car in drive. The car stutters forward for a few yards, when suddenly the engine dies. While Steve tries to get the car running a few more times, the parking lot is slowly emptying of cars.

Finally, as Steve is the last person in the parking lot, he manages to get the car rolling, and swervingly drives out of the lot and heads north.

The patient police officers turn on their sirens, pull Steve over and make him use a breathalyzer.  When the device showed negative, the officers couldn’t believe their eyes!

“You gotta come with us and take a blood test, this breathalyzer must be broken,” says one of the officers.

“I doubt that,” Steve says with a grin.