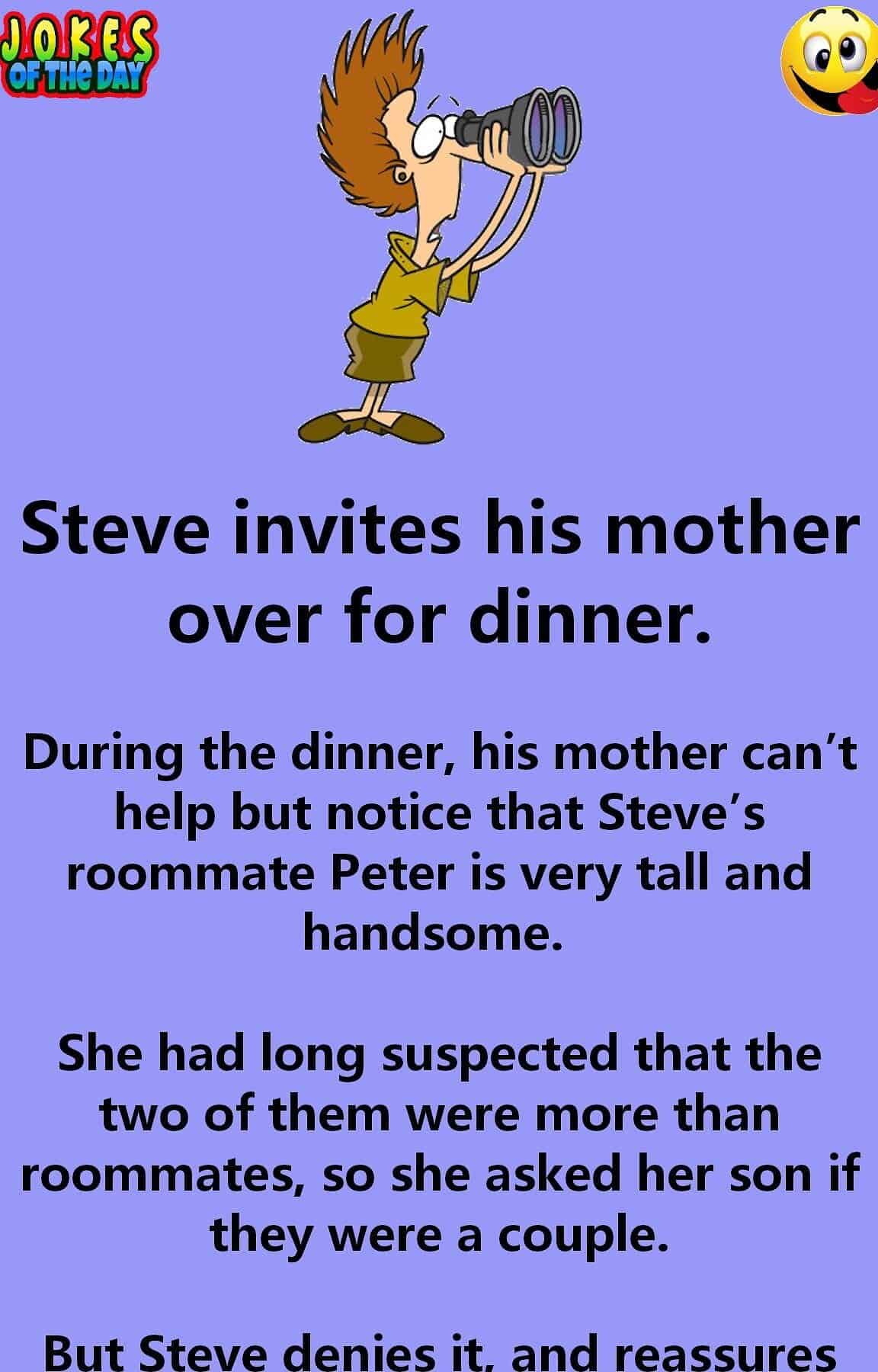 Steve invites his mother over for dinner.

During the dinner, his mother can’t help but notice that Steve’s roommate Peter is very tall and handsome.

She had long suspected that the two of them were more than roommates, so she asked her son if they were a couple.

But Steve denies it, and reassures his mother that they’re just roommates and nothing more.

“Do you know where the nice silver soup ladle is? It’s been missing since your mom was over for dinner. You don’t think she’s taken it, do you?”

Steve didn’t think so, but to be sure he sent his mother an email;

“Dear mom, I’m not saying that you ‘stole’ or ‘didn’t steal’ our soup ladle, but it’s been gone ever since you were over for dinner. Love, Steve”

A few days later he gets a reply from his mother:

“Dear Steve, I’m not saying that you’re ‘sleeping’ or ‘not sleeping’ with Peter, but if he would have slept in his own bed, then he would have found the soup ladle a long time ago. Love, Mom”

Words of wisdom for the day: DON’T LIE TO YOUR MOM!