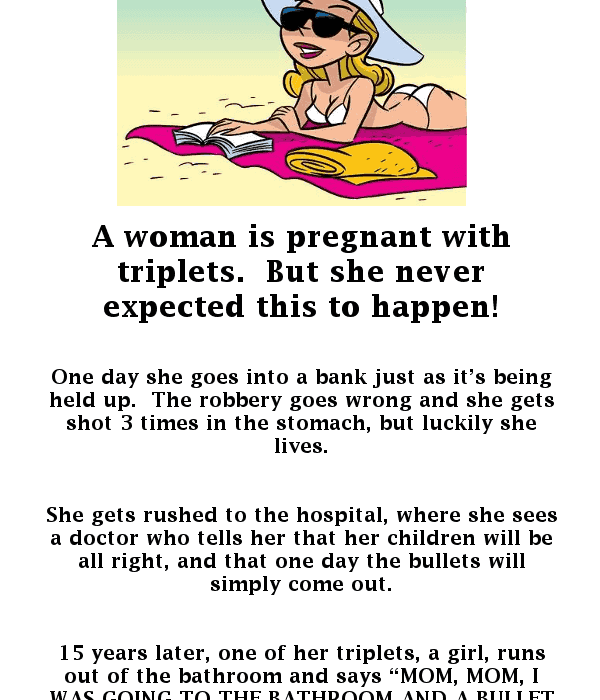 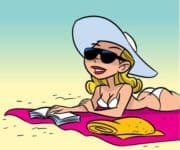 A woman is pregnant with triplets.  But she never expected this to happen!

One day she goes into a bank just as it’s being held up.  The robbery goes wrong and she gets shot 3 times in the stomach, but luckily she lives.

She gets rushed to the hospital, where she sees a doctor who tells her that her children will be all right, and that one day the bullets will simply come out.

15 years later, one of her triplets, a girl, runs out of the bathroom and says “MOM, MOM, I WAS GOING TO THE BATHROOM AND A BULLET CAME OUT!”

So the mother tells her the story of what happened 15 years ago.

The next day, the second daughter comes out and says the same thing, “MOM, I WAS GOING TO THE BATHROOM AND A BULLET CAME OUT!”

Once again, the mother tells the story of what happened 15 years ago.

On the third day the son comes running down the stairs. “MOM, MOM!”

She smiles and asks, “Let me guess, you were going to the bathroom and a bullet came out?”

The boy replies, “No, I was jerking off in my room and watching Mrs McGregor sunbathing topless in the neighbours backyard, and when she smiled at me, I think I shot her!”