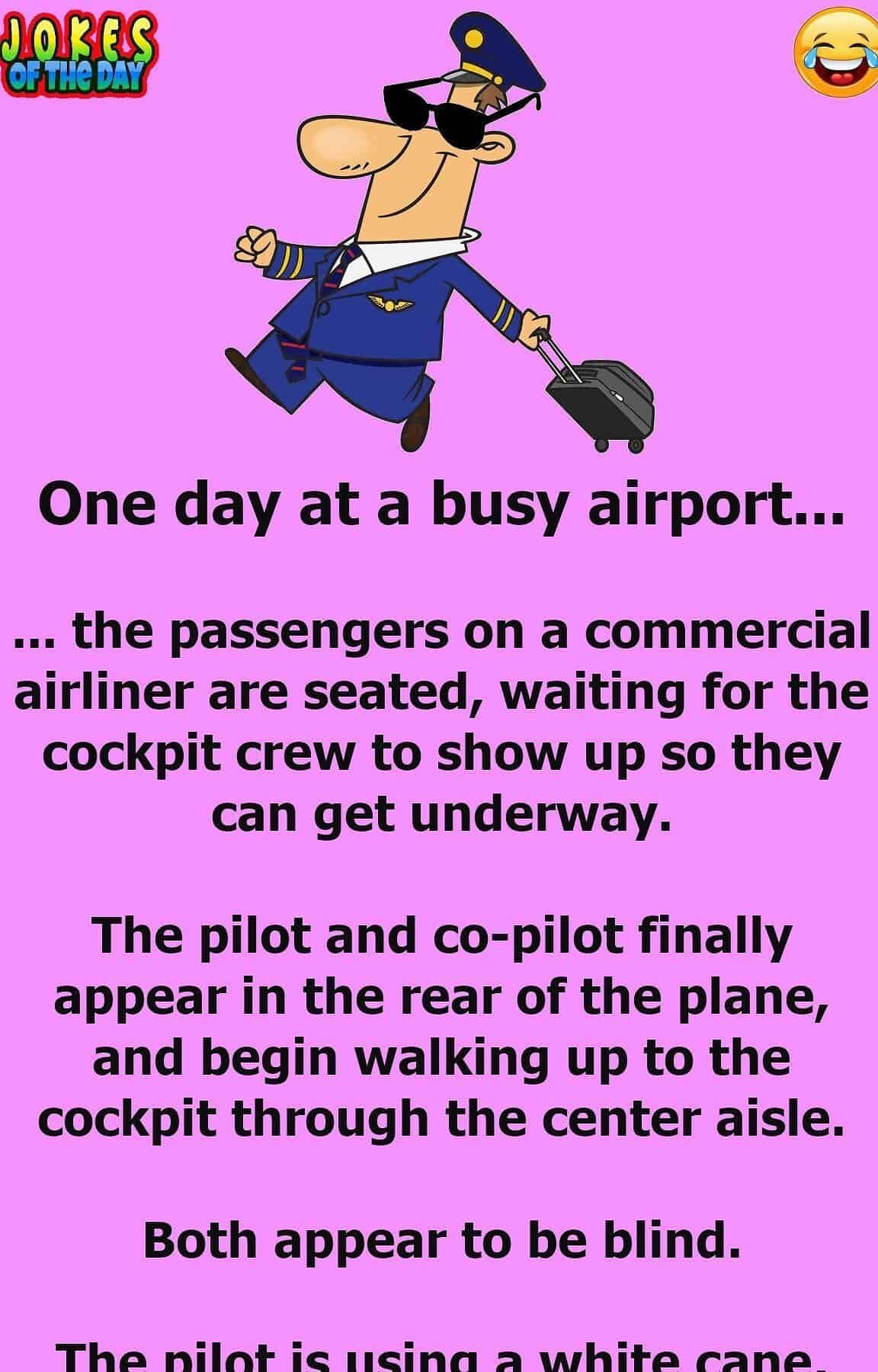 One day at a busy airport, the passengers on a commercial airliner are seated, waiting for the cockpit crew to show up so they can get underway.

The pilot and co-pilot finally appear in the rear of the plane, and begin walking up to the cockpit through the center aisle.

Both appear to be blind.

The pilot is using a white cane, bumping into passengers right and left as he stumbles down the aisle, and the co-pilot is using a guide dog.  Both have their eyes covered with huge sunglasses.

At first the passengers don’t react, thinking that it must be some sort of practical joke.  However, after a few minutes the engines start revving and the airplane starts moving.

The passengers look at each other with some uneasiness, whispering among themselves and looking desperately to the flight attendants for reassurance.

Then the airplane starts accelerating rapidly down the runway.  Some begin panicking, some passengers are praying, and as the plane gets closer and closer to the end of the runway, the voices are becoming more and more hysterical.

Finally, when the airplane has less than 20 feet of runway left, there is a sudden change in the pitch of the shouts as everyone screams at once, and at the very last moment the airplane lifts off and is airborne.

Up in the cockpit, the co-pilot breathes a sigh of relief and turns to the pilot, “You know, one of these days the passengers aren’t going to scream, and we’re gonna get killed!”